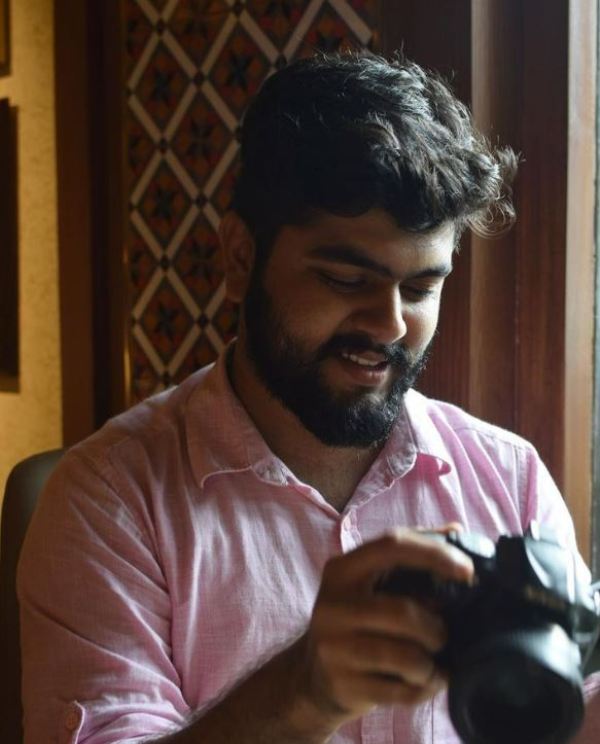 Aaftab Poonawala is an Indian food blogger who murdered his live-in partner Shraddha by chopping off her body into 35 pieces and disposing of them in different places.

Aaftab Amin Poonawala was born in 1994 (age 28 years; as of 2022) in Mumbai, Maharashtra.
Aaftab Poonawala’s childhood picture
He studied at St. Francis High School in Vasai West, Maharashtra. He pursued a Bachelor of Management Studies degree (2012-2015) at L. S. Raheja College in Mumbai. According to sources, Aaftab enrolled himself in one of the colleges in Santacruz but left his studies mid-way.

Aaftab’s father, Amin Poonawala, is a wholesale supplier of shoes, and his mother is a homemaker. Aaftab has a younger brother named Ahad Poonawala.

Aaftab Poonawala belongs to the Khoja community, a Muslim community converted from Hinduism to Islam in the 14h century under the influence of peers/pirs (the Sufi spiritual guides).

Aaftab Poonawala, after leaving his studies mid-way, started food blogging and formed a page on social media by the name ‘Hungrychokro Escapades.’ Aaftab started this business in collaboration with his brother who dealt with photography for the page.

Reportedly, Aaftab Poonawala, working as a graphic designer, met Shraddha Vikas Walkar, who was working at an IT-based call centre, in Mumbai through a dating app in 2018. Soon, the duo fell in love and planned to stay together.
Aaftab and Shraddha

As claimed by some media outlets, Aaftab and Shraddha were together for three years. According to reports, after receiving disapproval from their parents, the couple shifted to Delhi in March 2022 and started living in a rented house in the Chhatarpur area, Mehrauli. Reportedly, Shraddha left her home and told her parents that she could take decisions in her life as she was an adult.

Reportedly, Shraddha and Aaftab, after shifting to Delhi, had arguments frequently as Shraddha allegedly used to force him to get married to her; however, the couple decided to go for a trip to the hills in the month of March and April to start fresh. On 18 May 2022, after being allegedly pressurised by Shraddha for marriage, Aaftab strangled Shraddha to death and chopped off her body into 35 pieces which were kept in a 300-litre refrigerator by him in the rented flat in Delhi, and were disposed of in a row in and around the city in the midnight.
The refrigerator in which Aaftab kept Shraddha’s body in pieces

According to some media outlets, Aaftab watched many crime movies and web series to execute the murder. Reportedly, Aaftab formulated the plan from ‘Dexter,’ an American crime drama web series which shows a life of a man who commits crimes in the night and spends his days solving them. According to Delhi police sources, Aaftab used only one weapon, a mini saw, to kill Shraddha and later threw her clothes into a garbage van. To avoid suspicion, Aaftab used Shraddha’s social media and paid her credit card bills till June 2022.

The Trace and Arrest of Aaftab Poonawala

Reportedly, in September 2022, one of Shraddha’s friends informed her father that she was not in contact with his daughter for almost 2.5 months, following which Shraddha’s father filed a missing report in Mumbai on 12 October 2022.
The missing FIR filed by Shraddha’s father, Vikash Madan Walkar
Her father suspected Aaftab’s involvement in the disappearance of his daughter. According to sources, on 3 November 2022, Aaftab was called by the officials for questioning by the Mumbai police, where he said that Shraddha left the house in May after the fight. Aaftab was arrested on 11 November 2022 from his house in Chhatarpur under the IPC sections 302 (murder) and 201 (causing disappearance of evidence of an offence committed).
Accused Aaftab Poonawala, along with Delhi police personnel, at Mehrauli Police Station, in New Delhi, on November 14, 2022
In an interview, Ankit Chauhan, Additional Deputy Commissioner of Police (DCP), South Delhi, told the media that Aaftab confessed his offence and said that he disposed of Shraddha’s body in the forest areas near Chhatarpur Enclave. Ankit Chauhan said,
The accused told us that he chopped her body into pieces and disposed them in forest areas near Chhatarpur Enclave. He has been arrested and investigation is on.”