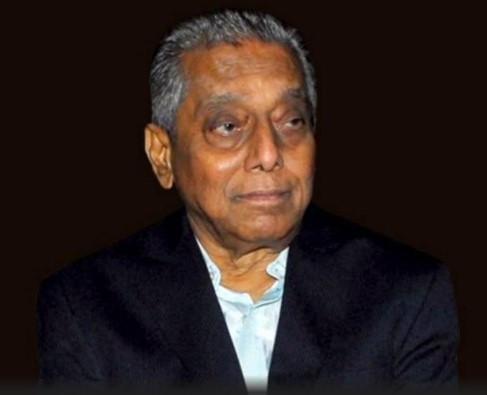 Abdul Gaffar Nadiadwala was a noted Indian film producer in Bollywood. More than fifty Hindi films were produced by him during his fifty years film career. Some of his popular films include Pradeep Kumar and Dara Singh starrer ‘Mahabharat’ in 1965 and ‘Hera Pheri’ in 2000 and ‘Welcome’ in 2007. He suffered a heart attack on 22 August 2022 and died at Breach Candy Hospital in Mumbai. The news of his death was announced by his son and Indian producer, Firoz Nadiadwala in a media interaction.

Abdul Gaffar Nadiadwala was born in 1931 (age 91 years; at the time of death) in Vadodara, Gujarat. He was born and brought up in a rich family of Nadiad near Vadodara in Gujarat.

He lived at ‘Barkat’ bungalow in Juhu, Mumbai.

In 1953, Abdul Gaffar Nadiadwala started his own film production and media entertainment company. He was associated with the major Nadiadwala films banner and studios in Mumbai and Gujarat as its founding member. He dedicated over five decades of his life to the Bollywood industry and produced more than fifty films of the golden era. He made his debut in the Hindi film industry with the film ‘Jhutha Sach’ as a producer. Some of his popular productions include ‘Aa Gale Lag Ja’ in 1973, ‘Lahu Ke Do Rang’ in 1997, ‘Shankar Shambhu’ in 1976, ‘Sone Pe Suhaga’ in 1988 and ‘Watan Ke Rakhwale’ in 1987.
The poster of the fil Watan Ke Rakhwale in 1987
Abdul Gaffar Nadiadwala had a partnership with the Empire Audio Centre with Yusuf Lakdawala. Earlier, he was associated with the realty investment business, and once, his family was the owner of around 5,000 acres of land in the Malad-Goregaon suburb. Later, he founded many Hindi film banners such as AG Films and Pushpa Pictures under his name. Abdul Gaffar Nadiadwala was one of the founding members of Nadiadwala Films, a production house in Mumbai and was established by his father A.K. Nadiadwala and brother S. Nadiadwala.
Abdul Gaffar Nadiadwala and Abdul Karim Nadiadwala with producer Rajendra Bhatia and director Mohan Saigal at the premier of Asha Parekh’s Kanyadaan at Liberty theatre on 6 February 1969

On 22 August 2022, at the age of 91 years, he breathed his last at Breach Candy Hospital in Mumbai after suffering Cardiac Arrest. Soon after his death, veteran Indian actor Ajay Devgn wrote a consoling note on one of his social media accounts and stated that Abdul Gaffar Nadiadwala was his father’s close associate and they worked together for several films in the golden era of Indian cinema. Ajay Devgn wrote,
Deepest condolences on the passing of Gaffarbhai Nadiadwala. My father and he were associates during the golden era of our cinema. Om Shanti A.G. Nadiadwala Saab. My condolences to the Nadiadwala family.”
Abdul Gaffar Nadiadwala and Ajay Devgn