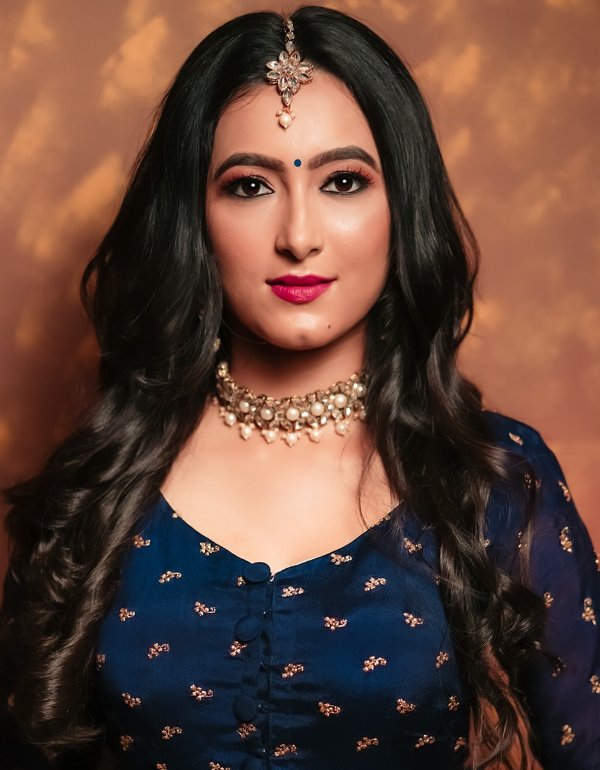 Adhvithi Shetty is an Indian actress and dancer, who predominantly works in the Kannada film industry.

Adhvithi Shetty was born on Saturday, 1 September 1990 (age 32 years; as of 2022) in Mangalore, Karnataka. St. Adhvithi Shetty did her schooling at Arnolds High School in Hyderabad and graduated with a bachelor’s degree in Commerce from St. Aloysius College in Mangaluru. She then earned a Master of Business Administration in Human Resources from the Manipal Institute of Management in Manipal. After completing her MBA, Adhvithi worked as a Human Resource in a company. During her childhood, Adhvithi was an athlete and she got professional training in dance.
Adhvithi Shetty with her father, brother, and twin sister

Adhvithi Shetty has been modelling before stepping into the Film industry. She has appeared to walk the ramp at various events. Adhvithi is also seen in TV and print ads promoting popular brands like SheIn, Santoor, and Colgate.
Adhvithi Shetty in Santoor advertisement from 2020
Adhvithi Shetty endorses the brand ‘Colgate Swarna Vedshakti’

In 2018, Adhvithi Shetty was cast to play the character of Durga Bhabhi in the film ‘Mahaan Hutatma,’ which is the first Kannada-language short film to win National Film Award. In this film, she worked along actor Akshay Chandrashekhar, who played the character of Bhagat Singh and portrayed the selfless sacrifices of freedom fighters during British rule.
Adhvithi Shetty in the National award-winning film ‘Mahaan Hutatma’

Adhvithi owns a KIA Seltos that she bought in July 2022.
Adhvithi Shetty shared a video on her Instagram after purchasing her brand new car in 2022

God gave me a opportunity to adopt a animal. @dasadarshan sir inspired me to understand and know how I could do this . Thank you sir for inspiring lot of people to adopt animals ❤️ Hope god gives strength for me to adopt more n more animals in future. #adhvithishetty #DBoss pic.twitter.com/O7TAY2NLpx
— Adhvithi Shetty (@adhvithishetty) June 13, 2021