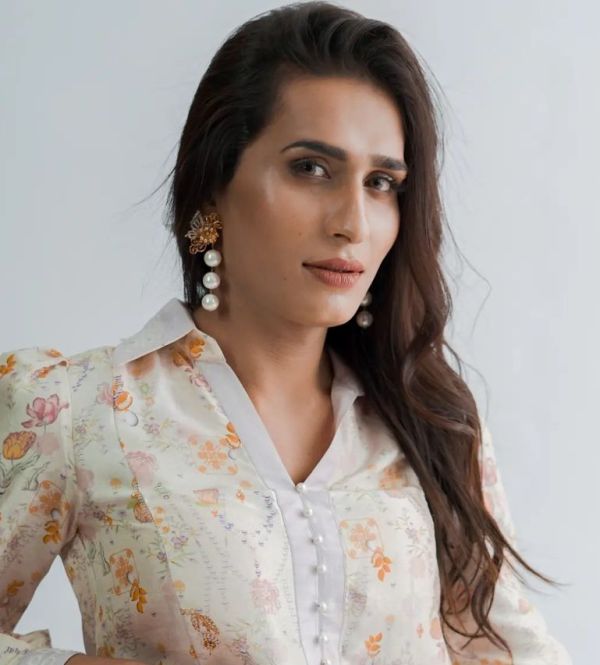 Alina Khan is a Pakistani transgender actress who is known for playing the lead role in the award-winning films Darling (2019) and Joyland (2022).

Alina Khan was born on Monday, 26 October 1998 (age 24 years; as of 2022) in Lahore, Pakistan. Her zodiac sign is Scorpio. She graduated with an Intermediate of Commerce (I.Com) degree and did a basic computer course. At a tender age, she discovered the brutal reality of the Indian community. Growing up with these social inequalities had an impact on her life. Alina dreamed of becoming a doctor but her family conditions didn’t allow her to pursue her dreams.

She belongs to a Muslim family from Lahore, Pakistan.

When Alina was in 5th standard, her father passed away. She has a mother, a brother, and a sister. In an interview, while talking about her family and said,
Yes, when I got the award, I met my parents, I met my brother. My sister was the eldest and she was a bully; I used to be a little scared of her. I have been beaten up a lot by my brother, my sister, mother in my childhood… Somewhere in my heart, I was a little scared.”

In 2019, she made her debut with the short film titled ‘Darling’ in which she played the lead role. Director Saim Sadiq cast her to play the role of Alina in his film, which won the Orizzonti Award for Best Short Film at the 76th Venice Film Festival in 2019.
Alina Khan as Alina in the film ‘Darling’ (2019)
Her other feature film titled ‘Joyland’ (2022) was also directed by Saim Sadiq. In this film, she played the role of Biba, an intersex dancer. The movie won two awards at the Cannes Festival and made history as the first feature film from Pakistan. Both films have earned Alina popularity and appreciation.
Alina Khan featured on the poster of the film ‘Joyland’ (2022)