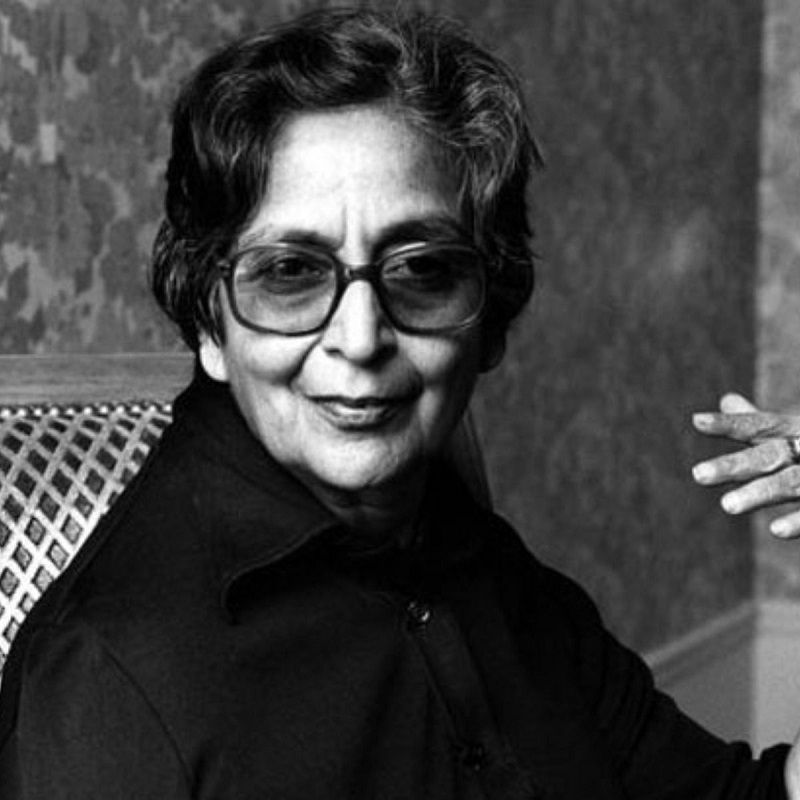 Amrita Pritam was an Indian novelist and poet who is known for writing Punjabi and Hindi poets and novels. Her most famous poem was ‘Ajj aakhaan Waris Shah nu’ which was dedicated to Waris Shah, an 18th-century Punjabi poet. She wrote various poems and novels to express her pain over massacres during the partition of India. On 31 October 2005, she died due to a long-running illness in her house in Hauz Khaz.

Amrita Pritam was born Amrit Kaur on Sunday, 31 August 1919 (age 86 years; at the time of death) in Gujranwala, Punjab, British India. Her zodiac sign was Scorpio. She was born in Punjab, but after her mother’s death, she moved to Lahore with her father.

Amrita’s father’s name is Kartar Singh Hitkari, who was a poet. Her father knew the Braj Bhasha language, and he was a pracharak – a preacher of the Sikh faith. Her mother’s name is Raj Bibi, who was a teacher.

Amrita got married to Pritam Singh, who was an editor in 1936 when she was sixteen years old. She was engaged to him since childhood. Amrita got divorced in 1960. They had a son, Navraj Kwatra and a daughter Kandlla. Her son was murdered in Elysee Colony, Borivilli, Mumbai.
Amrita Pritam’s son
After her divorce, in her poems, she started expressing how unhappy she was in her marriage. In an interview, she became more productive after her divorce and said,
It is true that I was married off while I was still very young. After marriage I did not find that mahol (environment) that a writer needs for his or her creativity to thrive. So I decided to create my own environment and sow my creative seeds (she left her husband on amicable terms with her two children, he himself encouraged her to leave in order to pursue her life as a writer). To gain something, you have to be willing to lose something. You have to be willing to make sacrifices to nourish your passions. What is also required is a lot of conviction in your pursuits. I wanted to be able to write at all costs, and I did.”

In the 1960s, she fell in love with the poet Sahir Ludhianvi. She was so in love with him that many of her poetries were about him.
Amrita Pritam with Sahir Ludhianvi
Sahir left her for singer Sudha Malhotra. After their breakup, her sadness and loneliness could be seen in her poems. Amrita expressed her love for Sahir in her autobiography Rasidi Ticket. In the book, she said that she could not take her eyes off Sahir when they were together. In the book, she also mentioned smoking half left cigarettes by Sahir. In the interview, she added,
I would keep these remaining cigarettes carefully in the cupboard after he left. I would only light them while sitting alone by myself. When I would hold one of these cigarettes between my fingers, I would feel as if I was touching his hands… This is how I took to smoking. Smoking gave me the feeling that he was close to me. He appeared, each time, like a genie in the smoke emanating from the cigarette.”
Cover of the book ‘Rasidi Ticket’
After a long time of loneliness, she started dating writer Inderjeet Imroz. They stayed together for four decades before her death. They were in a live-in relationship in a house in Hauz Khaz, Delhi.
Amrita Pritam with Inderjeet Imroz
Imroz was so mad in love with her that he took care of Amrita’s ex-husband Pritam when he was sick, and he even used to drop her children at school on his scooter. Imroz helped Amrita design her book covers and she was the subject of his several paintings. Their love story is written in the book, Amrita Imroz: A Love Story. Before dying, Amrita expressed his love for Imroz in the poem, Main tainu pher milaangi (I will meet you again).’ In an interview, Imroz talked about his love for Amrita and said,
I had a bicycle then and started saving money, and bought a scooter soon. I met her and said now on we will go on a scooter to the AIR building. She looked at me and asked, ‘Why have you met me so late?’ I said may be, I came of age late and the money too came late.”
Last poem by Amrita Pritam for Imroz

According to Amrita, she became an atheist after her mother’s death. In an interview, she talked about how she lost faith in god after her mother’s death and said,
I was very young and was crying near my mother’s bed as she was on her last breath. One of my friends came by and bid me thus- Amrita, wake up. Don’t cry. God always listens to children. Go! Pray to God for you mother’s life. I got up and started praying fervently for my mother’s life, but maybe her time was up and she passed away. My prayer was not accepted by the almighty. This incident left a lasting impression on my mind.”

Amrita was born in a Sikh family.

When she was in Lahore, she used to work at a radio station there. In 1947, after the partition, when she came to Delhi, she worked in the Punjabi service of All India Radio, Delhi until 1961.
Amrita Pritam at All India Radio
Amrita started her career at a very young age. When she was sixteen years old, she wrote her first poem Amrit Lehran that got published in 1936. In 1950, she wrote the novel Pinjar and the character Puro from the novel gained a lot of popularity.
Cover of Amrita Pritam’s novel ‘Pinjar’
The novel was based on violence against women. In 2003, her novel was converted into a film titled ‘Pinjar,’ which was shot in a border region of Rajasthan and Punjab. She wrote more than 100 books including poetry, fiction, biographies, and essays. She also made a collection of Punjabi folk songs and wrote an autobiography which was later translated into several Indian and foreign languages. She wrote the book ‘Lok Peed,’ and talked about the economic condition of Bengal after the Bengal famine of 1943. The books that she wrote in Punjabi were translated from Punjabi and Urdu to English, French, Danish, Japanese, and Mandarin. Her book Sippiyan was made into a film titled Kadambari (1965) and Unah Di Kahani was made into Daaku (Dacoit, 1976). After she started living with Imroz, she was in charge of editing a monthly magazine, Nagmani in Punjabi.
Cover of monthly magazine Nagmani by Amrita
She also wrote introductions for several books of Osho, including Ek Onkar Satnam. Later, she switched to writing spiritual works including Kaal Chetna (“Time Consciousness”) and Agyat Ka Nimantran (“Call of the Unknown”). She also wrote autobiographies including Kala Gulab (“Black Rose”, 1968), Rasidi Ticket (“The Revenue Stamp”, 1976), and Aksharon kay Saayee (“Shadows of Words”).

Amrita was a controversial writer who wrote about women’s rights and feelings. In 2015, a writer, Gurbachan Singh Bhullar criticized Amrita in his novel for her relationship with different men. He wrote that Amrita was a selfish woman using men to her advantage to achieve fame. Later, one of the critiques, Amiya Kanwar, rejected the allegation and said,
They were attracted to her beauty and talent yet they resent her fame. Even when she became the first Punjabi writer to win the Jnanpith Award in 1981, some male Punjabi writers wrote bitter articles about her. This trend has increased after her death because she is not there to counter them. Also, some are doing it to attract attention.”

Amrita died on 31 October 2005 in her house in Hauz Khaz, Delhi due to a long illness.