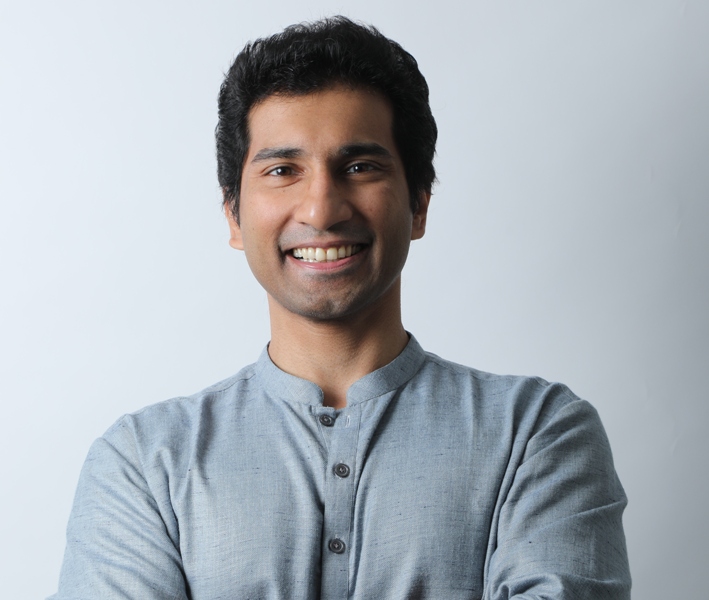 Anil Antony is an Indian tech entrepreneur and politician, who is a former member of the Indian National Congress (INC). He served as the Convener of the Kerala Pradesh Congress Committee (KPCC) Digital Media and National Co-ordinator of the All Indian Congress Committee (AICC) Social Media and Digital Communications Cell. He is the son of A. K. Antony, an Indian politician and member of the INC who served as the 23rd Defence Minister of India. On 25 January 2023, Anil quit Congress after attracting criticism from the party members over a tweet in which he opposed the screening of a BBC documentary on the 2002 Gujarat Riots, India: The Modi Question, that showed Prime Minister Narendra Modi in a bad light.

Anil Kurien Antony was born on Tuesday, 17 December 1985 (age 37 years; as of 2022), and he hails from Thiruvananthapuram, Kerala. His zodiac sign is Sagittarius.
A childhood picture of Anil K Antony (right) and politician Chandy Oommen (left)
He pursued a Bachelor of Technology in Industrial Engineering at the College of Engineering Trivandrum (CET) in Kerala (2003 – 2007). From 2007 to 2009, he pursued a Master of Science at Stanford University in California, US. He played tennis and basketball in college.
Anil K Antony at Stanford University’s commencement ceremony (2009)

Anil Antony was born into a Syrian Christian family to a self-proclaimed atheist father. A. K. Antony.

Anil Antony’s father, A. K. Antony, is an Indian politician and member of the INC who served as the 23rd Defence Minister of India. His mother, Elizabeth Antony, is a Kerala High Court lawyer. Previously, she was an officer at Canara Bank. She is also the founder of the Navoothan Charitable Foundation. Anil has a younger brother, Ajith Paul Antony, who is an actor; he made his debut as a lead with the multilingual crime film Oberoi (2014).
Anil Antony with his family

In 2005, he co-founded the now-defunct company Torque Technology Solutions, a Mobile value-added services provider, in Trivandrum. Thereafter, he moved to the US, where he joined Cisco as a Product Marketing Intern in San Jose, California June 2008; he worked there for three months. From June 2009 to November 2010, he worked as a Marketing Manager at Beceem Communications. In November 2010, he joined Alphavista Services Inc as Vice President, Business Development and worked there till September 2011. Later, he moved back to India and joined Grant Thornton LLP as a Business Consultant in New Delhi. He also works as an advisor to Casper Labs, California. He was the director of the now-defunct companies Sqanda Capital Investments Private Limited and Helius Education Private Limited. He became the director of Helius Education in 2011 and Sqanda Capital Investments in 2013. In May 2015, he became the founding director of Pythia Data Private Limited. He was previously associated with 2 companies, Swarna Milk Foundation and Transglobal International Private Limited. In 2022, he became a Member of The Board of Advisors at Ernest and Julio Gallo School of Management, California.

In 2017, he ventured into politics when he joined the INC. He was appointed as the Convener of the KPCC Digital Media before the 2019 Lok Sabha elections. In 2020, he also became the National coordinator of the AICC Social Media and Digital Communications Cell. He handled the digital communications INC’s Kerala unit.
A picture of Anil Antony (right) during the 2021 Kerala Legislative Assembly elections

On 24 January 2023, Anil Antony posted a tweet opposing the screening of a controversial documentary on the 2002 Gujarat riots, India: The Modi Question, citing that placing BBC’s views on Indian institutions will undermine India’s sovereignty. The two-part BBC documentary showed Prime Minister Narendra Modi in a bad light. The documentary was trashed by the Ministry of External Affairs which referred to it as a “propaganda piece lacking objectivity and reflecting a colonial mindset.” The central government’s move received sharp criticism from opposition parties like INC and TMC for imposing censorship. The documentary was scheduled to be screened at the district headquarters of Congress on Republic Day 2023 in view of the undeclared ban on it in the country. Anil’s tweet read,
Despite large differences with BJP, I think those (in India) placing views of BBC, a state sponsored channel with a long history of (alleged India) prejudices, and of Jack Straw, the brain behind the Iraq war, over (Indian) institutions is setting a dangerous precedence, will undermine our sovereignty”

Thereafter, Anil was slammed by his party members for his remarks which were perceived as support for BJP, and he received threat calls to retract the tweet, but he refused to do so. The following day, Anil resigned from the Congress party and shared a copy of his resignation letter on Twitter which read,

I have resigned from my roles in @incindia @INCKerala. Intolerant calls to retract a tweet, by those fighting for free speech. I refused. @facebook wall of hate/abuses by ones supporting a trek to promote love! Hypocrisy thy name is! Life goes on. Redacted resignation letter below.”

I have resigned from my roles in @incindia @INCKerala.Intolerant calls to retract a tweet,by those fighting for free speech.I refused. @facebook wall of hate/abuses by ones supporting a trek to promote love! Hypocrisy thy name is! Life goes on. Redacted resignation letter below. pic.twitter.com/0i8QpNIoXW
— Anil K Antony (@anilkantony) January 25, 2023