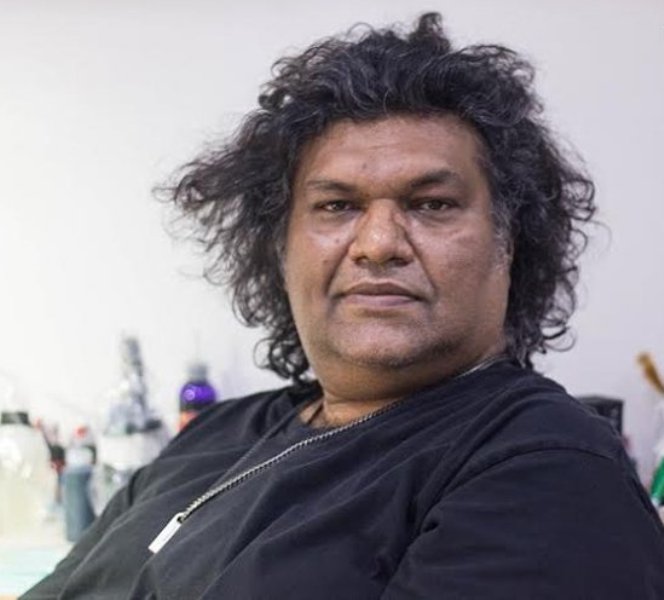 Anil Gupta is an Indian tattoo artist and graphic designer, who is popularly known for his exquisite style of inking famous miniature portraits, and postage-stamp-size tattoos of works by da Vinci, Michelangelo and Van Gogh. He is considered one of the topmost inkers in the US.

Anil Gupta was born in Bombay, Bombay Presidency, British India (now Mumbai, Maharashtra). He did his schooling at Dr Antonio Da Silva High School in Dadar, Mumbai and graduated with a Bachelor of Arts degree in Fine Arts from Sir J. J. School of Art in Mumbai, India. In 1991, he moved to America to pursue a bachelor’s degree in Computer graphics.

His wife’s name is Neelam Gupta.

(in picture); Today it’s too hot out to draw anything pretty. Anil Gupta

During the early 80s, when Anil was studying in college, he worked as a tattoo designer for Dr Jahangir Kohiyar, a tattoo artist and psychiatrist. Anil learned the tattooing art from him and earned INR 25/- and kept it as a weekend job. During an interview, while talking about his early career days, Anil said,
In the 80’s when I started out it was not lucrative, that’s for sure. Creatively we were limited to what we thought was popular back then. And in the past decade or so the scope of what can be done has grown wider.”
A mermaid tattoo inked by Anil Gupta
He started his tattooing career primarily in Mumbai, India and in 1991, he moved to New York, USA, and became the owner of an ink studio named ‘Inkline Studio.’ During that time, getting inked and performing needle skimming was illegal.
This was shortly after the Gulf War and the US was in recession. Jobs were scarce, people were not hiring and seeking work as an artist was out of the question. That’s when I picked up tattooing again.”