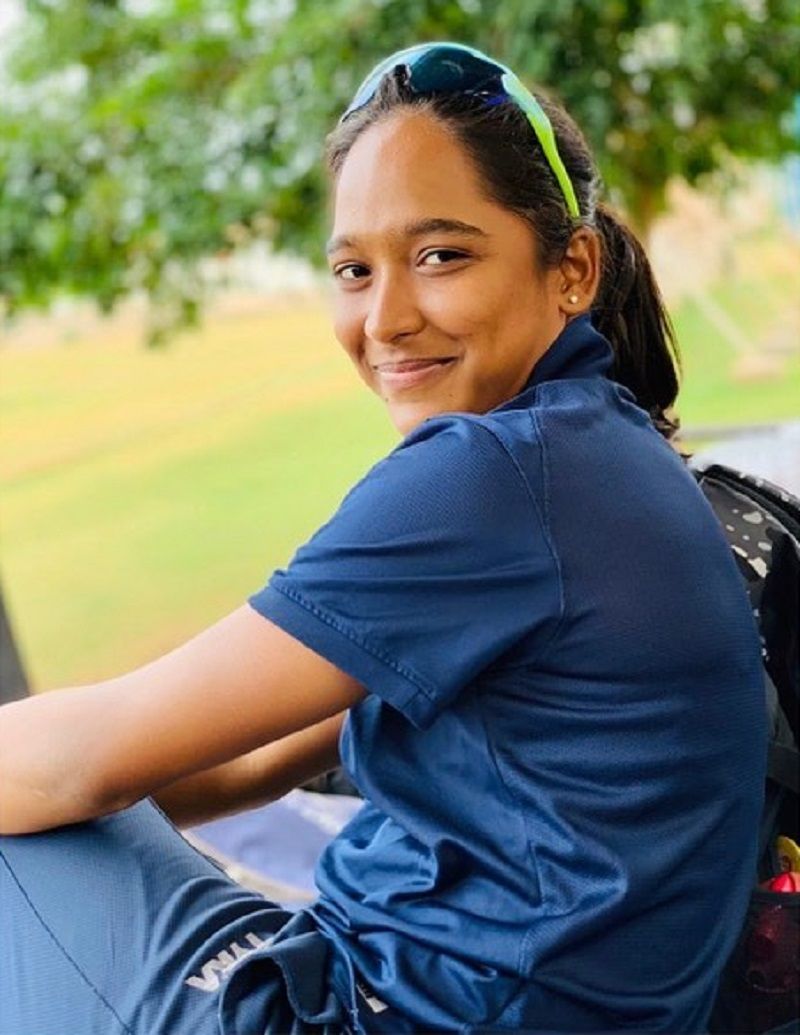 Anjali Sarvani is an Indian cricketer who made her international debut on 9 December 2022 in a T20 match against Australia. She also received the India cap on the same day. She is a right-hand batsman and left-arm medium bowler.

Kesavarajugari Anjali Sarvani was born on Monday, 28 July 1997 (age 25 years; as of 2022) in Adoni, Kurnool, Andhra Pradesh. Her zodiac sign is Leo. She studied till tenth class at Milton Gem High School, Adoni. She started playing cricket at an early age. In an interview, she said that she never liked playing with dolls, but she used to play with boys in her neighbourhood.

Anjali’s father’s name is Ramana Rao, who is a teacher at a government school in Nagaruru village. Her mother is a homemaker. She has a younger brother.

Anjali joined the Andhra Pradesh cricket team in 2012 and was a part of it till 2020. In 2020, she joined the Indian Railways team. In 2017, she was given the award for the best bowler in a match between the South zone against the North zone in the Senior Women’s Cricket Inter Zonal Three Day Game. In 2020, she played for India B in the Women’s T20 Quadrangular series in Patna.

In 2022, she made her international debut in the T20 match against Australia. In the match against Australia, she received the India cap from skipper Harmanpreet Kaur. In an interview, Harmanpreet talked about Anjali and said,
We wanted to bowl first. Batting isn’t that bad. We have one debutant. Anjali has been good and she brings in experience from domestic cricket. We have different variety in bowling.”
In an interview, Anjali talked about joining the Indian team, and said,
It is a proud moment for me because coming from a very small place like Adoni, playing for India is not an easy thing. More than playing, making it to the Indian team in itself means so much.”