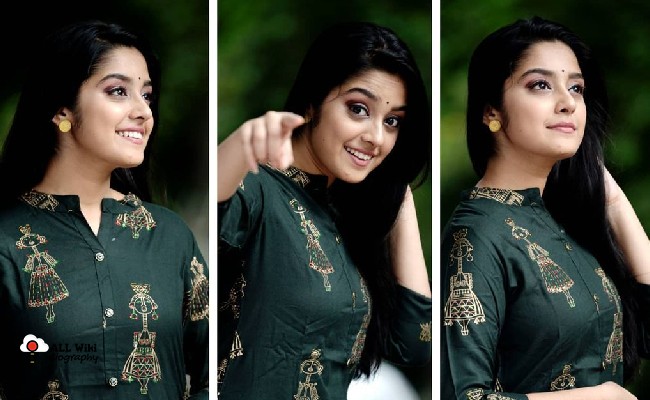 Ankita Amar is a Kannada Actress, who mainly works in the Tamil and Telugu languages. She was born on Sunday, 29th May 1994, in Mysore, Karnataka, India. After her schooling, Ankita did MBBS at JSS Medical College, Mysore.

In 2019, Ankita started her acting career in the Kannada Television Industry with the ‘Nammane Yuvarani’ Serial on Colours Kannada, where she played the lead role of Meera Rajguru.

In 2021, She made her debut in the Telugu Television Industry with the ‘Srimathi Srinivas’ Serial on Star Maa.

Ankita is now all set to make her debut in the Kannada Film Industry and signed a couple of films like Aba Jaba Daba and Ibbani Thabbida Ileyali.