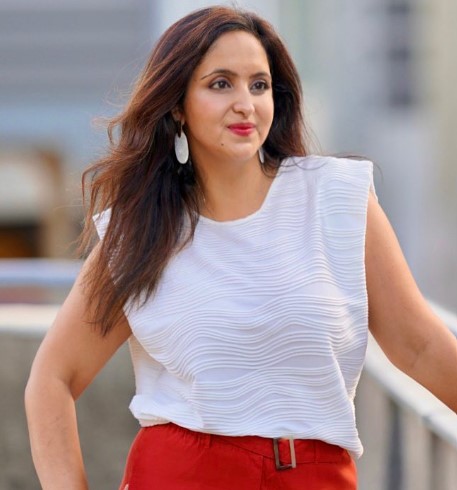 Aparna Shewakramani is an Indian American lawyer from Houston, Texas. She also works as a businesswoman. In August 2022, she hit the headlines after participating in the third season of the popular web series Indian Matchmaking streamed on Netflix. Earlier, she was also a part of season one of the show in 2020. In this show, a matchmaker from Mumbai named Sima Taparia arranges suitable candidates for her clients by carefully collecting the data of both.

Aparna Shewakramani is not married.

In 2020, Aparna Shewakramani was one of the contestants of the popular web series Indian Matchmaking streamed on Netflix. She again participated in the third season of the show in 2022. During the show, she narrated that she was an exceptional motivational speaker and often advocated the issues related to casteism, sexism, and colourism.
Aparna Shewakramani while promoting the web series Indian Matchmaking in 2022