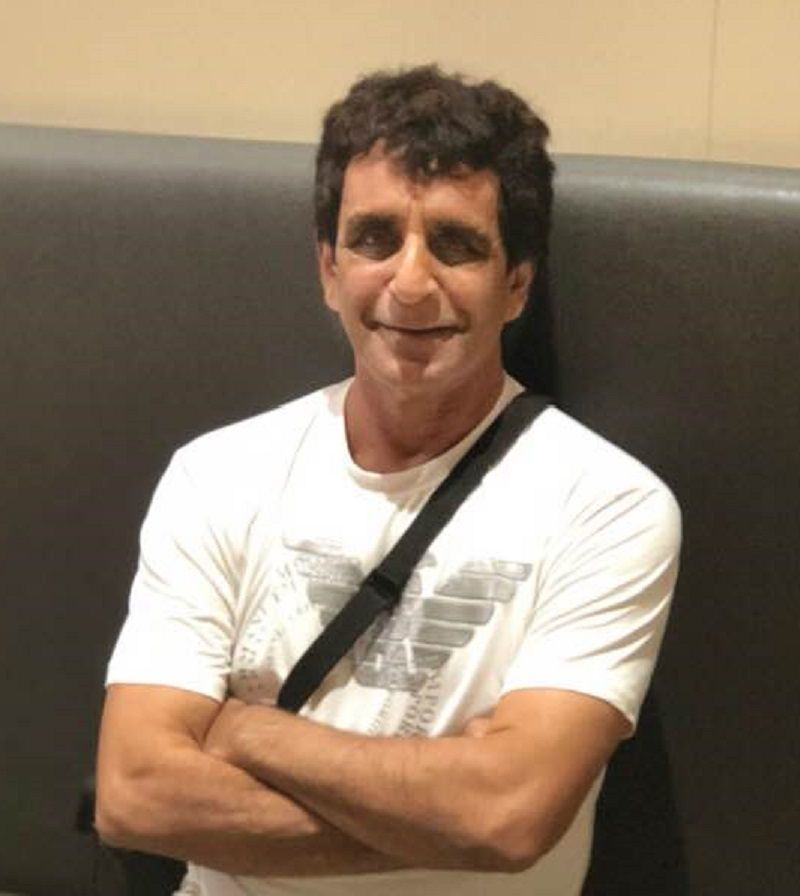 Asad Rauf was a Pakistani cricket and a former umpire who was a member of the ICC Elite Umpire Panel from 2006 to 2013. He died on 14 September 2022 due to cardiac arrest in Lahore.

Asad Rauf was born on Saturday, 12 May 1956 (age 66 years; at the time of death) in Lahore, Punjab, Pakistan. His zodiac sign was Taurus. He attended Government College University Lahore, Lahore.

There is not much information available about his parents. He has two brothers, Tahir Rauf, and Adnan Rauf.

The name of his wife is not known.
Asad Rauf’s wife
He has two sons, Fahad Malik, who is a sales manager.
Asad Rauf with his son Fahad Malik
In an interview, he said that his other son is a special child.

In 2012, Leena Kapoor, a Mumbai-based model claimed that she was in a relationship with Asad.
Asad Rauf with Leena Kapoor

Asad became an umpire in 1998. In 2004, he became a member of the International Panel of Umpires. The first ODI that he umpired was Pakistan v/s Sri Lanka in 2000. In 2005, he umpired the first test match held between Bangladesh and Zimbabwe. The first T20 match umpired by him was India v/s Afghanistan in 2012. In 2013, he umpired the last IPL match between Kolkata Knight Riders (KKR) and Sunrisers Hyderabad (SRH) in Hyderabad. In 2006, he was included in the Emirates Elite Panel of ICC Umpires. During his umpiring career, he umpired in 47 Tests, 98 one-day internationals and 23 Twenty20 internationals.

In 2012, a Mumbai-based model, Leena Kapoor filed an FIR against Asad for sexually exploiting her. In the FIR, she stated that Asad did not fulfil his promise of marrying her after being in a relationship for six months. After the complaint, she also shared some intimate images of her and Asad. In the FIR, she further said,
He told me about his marriage and said that his wife lives somewhere in Lahore, Pakistan. But he said that he was a Muslim and he was allowed to marry twice. He also said that his wife and children will come to our marriage.”
Later, Asad in an interview said that he was not in a relationship with her, and their pictures were taken after Leena claimed to be one of his fans. He further added that she was doing all this to gain fame. In the interview, he further said,
I am 56 and happily married with two kids and at my age how can I promise to marry anyone else. I don’t know why she is doing this but if she continues to defame me and cause me and my family pain than I will take legal action against her. The allegations levelled by her are preposterous and she is just making this story up to gain cheap publicity and fame.”

In 2013, Asad’s name was involved in the IPL spot-fixing after which ICC withdrew him from the panel of match officials for the 2013 Champions Trophy. On 21 September 2013, Mumbai police conducted an investigation against him for illegal betting, cheating, and fraud. He was found guilty in 2016, and he was banned for five years by the ICC.

On 14 November 2022, he died due to cardiac arrest after returning home from his shop.