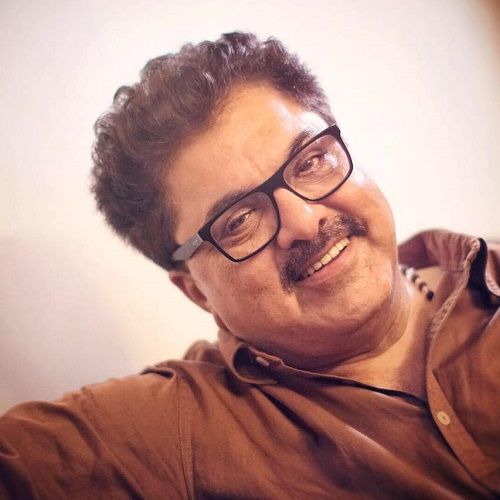 Ashoke Pandit is an Indian film & TV director, producer, and social activist. In 2022, he filed a complaint against the Indian actress Richa Chadda for her sarcastic comment on the Indian Army. As of 2022, he is the president of the Indian Film & Television Directors’ Association.

Ashoke Pandit was born on Wednesday, 11 May 1966 (age 56 years; as of 2022) in Mumbai, Maharashtra, India. His zodiac sign is Taurus.
Ashoke Pandit’s childhood picture with his father
During his college days, he used to participate in various theatre plays as an actor and director. Later, he joined the Indian People’s Theatre Association, Mumbai.
Ashoke Pandit in a theatre play

He belongs to the Kashmiri Pandit family.

Ashoke started his career as a director. He directed many Hindi documentaries like Kashmiri Pandit Refugees, Sharnarthi Apne Desh Mein, And The World Remained Silent, and A Village of Widows. One of his documentaries ‘And The World Remained Silent’ was screened at the International Film Festival in Goa, Pune International Film Festival, and Mumbai Academy of Moving Images (MAMI) in Mumbai, and the documentary received a standing ovation at the House of Commons in London.

In 2004, he made his debut as a director in Bollywood with ‘Sheen.’
Sheen film poster

In 2018, Ashoke was appointed as the president of the Indian Film & Television Directors’ Association, Mumbai. He worked as a co-producer in the Hindi film ‘The Accidental Prime Minister.’ He has also worked as a motivational speaker at events like the Indian Association of New Zealand (2018) and India For Kashmir Conclave, Pune (2019).
Ashoke Pandit as a guest speaker at an event
Ashoke is a social activist too. He has been associated with various philanthropic activities for a very long time.
Ashoke Pandit in an animal welfare march