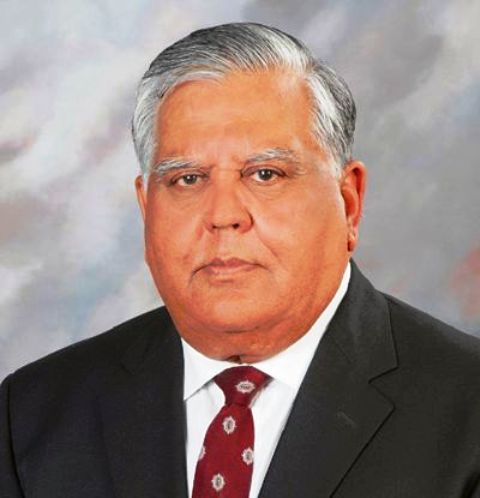 Balram Singh Mehta is a retired Brigadier of the Indian Army who took part in the Battle of Garibpur before the beginning of the 1971 Indo-Pakistan War. In November 2022, it was announced that a film on his book, The Burning Chaffees: A Soldier’s First-Hand Account of the 1971 War, would be released on 2 December 2022.

After completing his formal education, Balram Singh Mehta joined the Indian Military Academy, where he attended a training course. He was commissioned into the Indian Army on 15 June 1966.

On 15 June 1966, Balram Singh Mehta joined the 45 Cavalry Regiment of the Indian Army’s Armoured Corps as a Second Lieutenant. By 1971, Balram had risen to the rank of Captain and participated in the Battle of Garibpur with his regiment before the beginning of the 1971 Indo-Pakistan War.

On 20 November 1971, i. e., twelve days before the beginning of the 1971 war, the Battle of Garibpur was fought between the Indian Army and Pakistan Army in East Pakistan (now Bangladesh). In the battle, Balram Singh Mehta served in the C Squadron of the 45th Cavalry Regiment under the command of Major Daljit Singh Narang, who was killed in action during the battle. After Major Narang’s death, Balram became the Second-in-Command (2IC) of the C Squadron and led the squadron towards victory by destroying 8 Pakistani tanks and capturing the town of Garibpur.

After the battle ended, Balram Singh Mehta’s name was mentioned in despatches by the Indian Army. Talking about the battle, Balram said,
I was then the second-in- command of the 45th Cavalry Squadron. We had Russian PT-76 tanks in our fleet. Together with the 14th Punjab Battalion, on the night of 20th November, we crossed the Kabadak river and entered the border of Garibpur… after dawn on the 21st, the Pakistani tank fleet started fighting with our tanks. They had 14 American Chaffee tanks with them. Major Daljit Singh Narang, the commander of our squadron, lost his life in the Pakistani shelling almost at the beginning of the war. As a result, the responsibility of conducting the war fell on me. Just then my tank started malfunctioning. Meanwhile, three Pakistani tanks surrounded us. Almost miraculously we managed to bring down all three tanks. When their gunner was coming out of a Pakistani tank, I stopped the gunner in my tank from firing at him. Later, when we took him as a prisoner of war and gave him tea and biscuits, he was still giving thanks. If the government had given us the permission on that day (the day the Battle of Garibpur was won), we would have driven up till Jessore (Bangladesh) and brought the war to an early end.”
A photograph taken after the end of the Battle of Garibpur

On 21 December 1984, Balram Singh Mehta, who had become a Lieutenant Colonel, raised the Indian Army’s 13th Armoured Regiment. In November 1986, under his command, the 13th Armored Regiment participated in Operation Brasstacks, a major military exercise in Rajasthan. In 1990, Balram Singh Mehta attended the Higher Command Course at the Army War College, Mhow. Balram held several key appointments in the Strike Corps, Mountain Divisions, and Infantry Divisions. Later, Balram was sent on deputation to the Cabinet Secretariat. Balram Singh Mehta took pre-mature retirement as a Brigadier from the Indian Army in 1998.

After retirement, Balram Singh Mehta was employed by the Gujarat government. While working with the government, in 2000, he established the Entrepreneurship Development Institute in Ahmedabad for the retiring officers of the Indian Army. He served with the Government of Gujarat till 2001. After working with the government, Balram served as the Vice-Chancellor (VC) of several universities in Madhya Pradesh and Chattisgarh. Balram Singh Mehta has also worked as the Director General of an Iowa-based NGO named Maharishi Invincible Defence for Peace. Balram Singh Mehta is also a member of the Surat-based NGO named Jai Jawan Nagrik Samiti.

For his actions during the Battle of Garibpur, Balram Singh Mehta’s name was mentioned in despatches by the Indian Army in 1974.