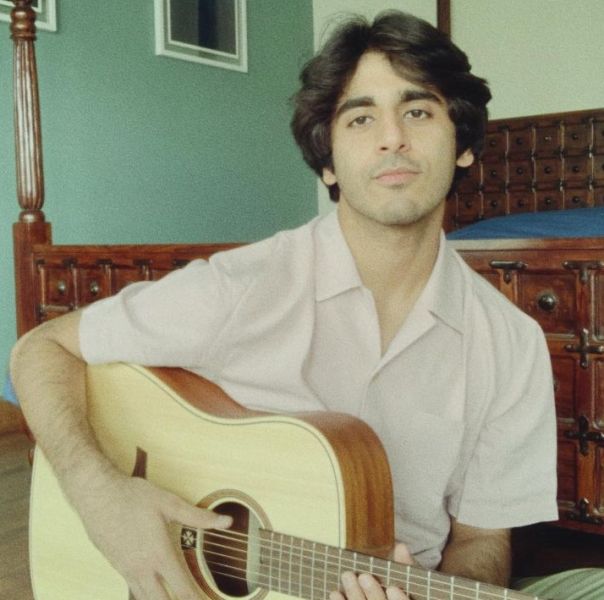 Danish Sood is an Indian musician and actor. He is known for acting in the 2021 Bollywood film ‘Meenakshi Sundareshwar,’ and in Hindi web series Hostages (2020) and The Fame Game (2022).

Danish Pratap Sood was born in Delhi. He did his schooling at Delhi Public School, Dwarka. In 2013, he pursued a bachelor’s degree in Economics at Ramjas College in Delhi. Later, he pursued a master’s degree in Visual and Performing Arts at Dr B. R. Ambedkar University, Delhi. In 2019, he graduated with a post-graduate diploma in Cinematography and Film/Video Production from Mumbai’s St. Xavier’s College.
A childhood picture of Danish Pratap Sood (extreme right)

His father’s name is Balbir Pratap Sood.
Danish Sood’s parents with her sister

In 2014, Danish interned at Micromax Informatics Ltd. in Gurgaon for two months.

In 2013, he became an executive member of the Shoonya theatre group in Delhi where he lead a team of 50+ trained students to the street and stage dramatics. In 2017, he became a part of a production house, Whomadethesefilms, and worked as an assistant director.

Danish made his debut as a music producer with a song in a play called Don Juan Tenorio. The play was play originally written in 1844 by José Zorrilla. Apart from this, he also produced music for another play based on The Gaucho Martin Fierro, a poem by José Hernández. In 2022, he voiced the song ‘Jaanu Na’ from the series ‘Mismatched- season 2.’
‘Jaanu Na,’ a song sung by Danish Sood for the series ‘Mismatched’

In 2020, Danish made his OTT debut with a series titled A Suitable Boy. In this series, he played the role of a college student. He appeared in the 2019 web series titled Hostages in which he played the role of CBI Officer Rohan. Danish has also appeared in other web series such as The Fame Game (2022) and Jugaadistan (2022). In the series Jugaadistan, Danish shared the screen with popular actors Ahsaas Channa and Sumeet Vyas.
Danish Sood on the official poster of the TV series ‘Jugaadistan’ (2022)
In 2022, Danish appeared in the web series ‘CAT’ in which the protagonist Randeep Hooda played the role of a former police informant and Danish played te role of Sunny Singh, his younger brother.
Danish Sood and Randeep Hooda in a still from the series ‘CAT’ (2022)

In 2021, Danish made his Bollywood debut with a rom-com titled Meenakshi Sundareshwar, directed by Vivek Soni.