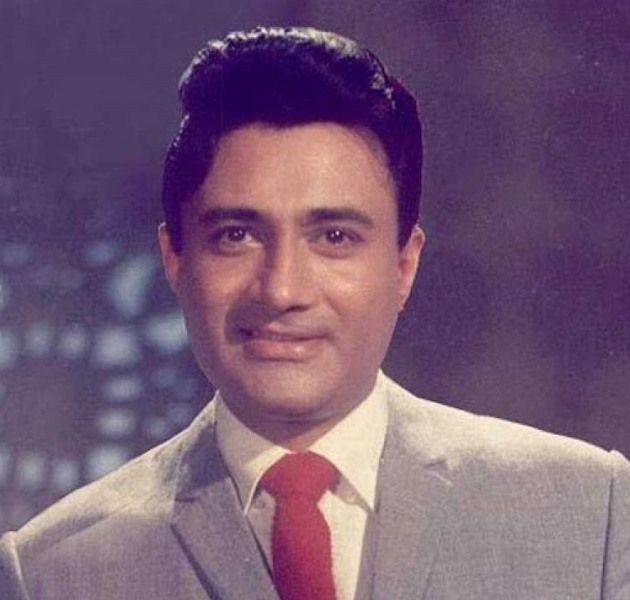 Dev Anand (1923-2011) was an Indian actor, director, and producer who is popularly known for his work in Indian Cinema. Dev Anand, an actor with a rapid-fire style of dialogue delivery and a penchant for nodding while speaking, is known for his iconic performances in the films like ‘Roop Ki Rani Choron Ka Raja’ (1993), ‘Jewel Thief’ (1967), ‘Johny Mera Naam’ (1970), ‘Haré Rama Haré Krishna’ (1971), and many more.

Dharamdev Pishorimal Anand was born on Wednesday, 26 September 1923 (age 88 years; at the time of death) in Shakargarh, Punjab, British India. He attended Sacred Heart School in Dalhousie, Himachal Pradesh. Dev pursued a Bachelor of Arts degree in English at Lahore Government College in Lahore, which had become a part of Pakistan after the Partition of India.
Dev Anand in his youth
According to some sources, he wanted to pursue further studies in English, but his father wished that his son works in a bank as he was facing financial problems. Anand left his hometown for Bombay in the early 1940s. Reportedly, he started his career in the military censor’s office at Churchgate, for a monthly salary of Rs. 65. Later, he worked as a clerk in an accounting firm at a salary of Rs. 85.

Dev Anand belonged to an upper-middle-class family in Gurdaspur, Punjab.

In 1954, Dev Anand got married to Kalpana Kartik, a Bollywood actor, in the most intimate or “secret” way. Reportedly, Dev and Kalpana had decided to get married in secret and throw a reception party after their marriage. It was on the sets of the film ‘Taxi Driver’ when the couple got married in a room of the art department during the break and while the lighting was being done. The duo was blessed with two children – a son, Suneil Anand, and a daughter, Devina Anand.
Dev Anand with his wife, Kalpana Kartik, and children

The Dawn of Love – Suraiya

Reportedly, Dev Anand was often romantically linked with Indian playback singer and actor Suraiya by various media outlets. Dev and Suraiya’s chemistry could not hide from anyone. Dev Anand, in his autobiography, Romancing with Life, opened up about their love story.
Dev Anand and Suraiya
While talking about his book and his story with Suraiya, in an interview, Dev Anand said,
It was destined that way. Had I gone to her, my life would have been different. Had I married her, life at her end would have taken me to a different course. Then may be I would not have been the Dev Anand I am today.”
According to some sources, Dev Anand and Suraiya had fallen in love when he saved her from drowning during the shoot of the song ‘Kinare Kinare Chale Jayen Ge’ for the film ‘Vidya’ (1948). Suraiya slipped from the boat and Dev jumped into the lake to save her. Suraiya had once said in her interviews that she wouldn’t have been alive had he not saved her, and this attracted her to Dev; however, Suraiya’s grandmother was against their relationship, but they went on to meet each other despite opposition from Suraiya’s grandmother. It is also said that Suraiya was even planning to elope with Dev Anand but her grandmother got to know about it and ruined her plans. She was against their inter-religion love story. Dev Anand accepted his destiny and said,
I fell in love for the first time. We all know what first love does to a human being. Then the agony of not getting it. Suddenly hope was aroused after being encouraged, but again disillusionment crept in when nothing happened.”
According to Dev, he even got an engagement ring for Suraiya and gave it to her, but he had no clue what she did with the ring. Some sources claim that her grandmother threw it in a river. After the film ‘Do Sitare’ (1951) the pair did not share the screen.

Reportedly, Dev Anand in his autobiography, Romancing With Life (2007), wrote about his feelings for Zeenat Aman and how he had decided to confess them to her.
Dev Anand and Zeenat Aman
He wrote,
Whenever and wherever she was talked about glowingly, I loved it; and whenever and wherever I was discussed in the same vein, she was jubilant. In the subconscious, we had become emotionally attached to each other. Suddenly, one day I felt I was desperately in love with Zeenat – and wanted to say so to her! To make an honest confession, at a very special, exclusive place meant for romance. I chose the Rendezvous at the Taj, on top of the city, where we had dined together once earlier.”
According to some sources, Dev wrote about how he had called Zeenat and had fixed a meeting with her after a party; however, he witnessed a connection between Zeenat and Raj Kapoor at the party, which changed things for him forever. Dev further wrote,
A drunken Raj Kapoor threw his arms around her exuberantly. This suddenly struck me as a little too familiar. And the way she reciprocated his embrace seemed much more than just polite and courteous.”
Later, during the making of the film ‘Satyam Shivam Sundaram’ (1978), the rumours regarding Zeenat Aman’s close proximity to Raj Kapoor made Dev more suspicious about their relationship. Dev further shared,
The hearsay now started ringing true. My heart was bleeding. In drunken joviality Raj told Zeenat: ‘You are breaking your promise that you will always be seen by me only in a white sari.”
These words by Raj Kapoor to Zeenat Aman broke Dev’s heart completely. With his shattered heart and unsaid feelings, he wrote,
More embarrassment was written large on her face, and Zeenat was not the same Zeenat for me any more. My heart broke into pieces… The rendezvous had already lost all meaning in my mind. I sneaked out of the place.”

In 1950, Dev Anand produced the romantic comedy film ‘Afsar,’ directed by his brother Chetan Anand. Dev also worked as an actor in this film, co-starring Suraiya.
Dev Anand (as Kapur) along with Suraiya (as Bimala) in the film ‘Afsar’ (1950)
Dev produced many films and starred in the same including the 1965 romantic drama film ‘Guide’ in which he appeared as Raju, ‘Haré Rama Haré Krishna’ (1971), ‘Heera Panna’ (1973), ‘Des Pardes’ (1978), ‘Hum Dono Rangeen’ (2011), and many more. In 2011, he produced his last film ‘Chargesheet’ in which he appeared as Gambhir Singh.
Dev Anand as Prashant Jaiswal in the film ‘Haré Rama Haré Krishna’ (1971)

He made his directorial debut with the espionage drama film ‘Prem Pujari’ in 1970, which was a flop but has developed a cult following over the years. The film introduced Zaheeda and had Waheeda Rehman as the lead female artiste.
Dev Anand as Ramdev Bakshi in the film ‘Prem Pujari’ (1970)
Dev Anand worked as an actor in the films he directed such as ‘Haré Rama Haré Krishna’ (1971), ‘Sau Crore’ (1991), ‘Main Solah Baras Ki’ (1998), and ‘Love at Times Square’ (2003).
Dev Anand in the film ‘Love at Times Square’ (2003)

On 3 December 2011, Dev Anand, 88, died of cardiac arrest in his room at The Washington Mayfair Hotel in London. On 10 December 2011, his funeral service was held at a small chapel following which his coffin was taken to the Putney Vale Crematorium in southwest London. Reportedly, his ashes were taken to India for immersion burial in the Godavari River.