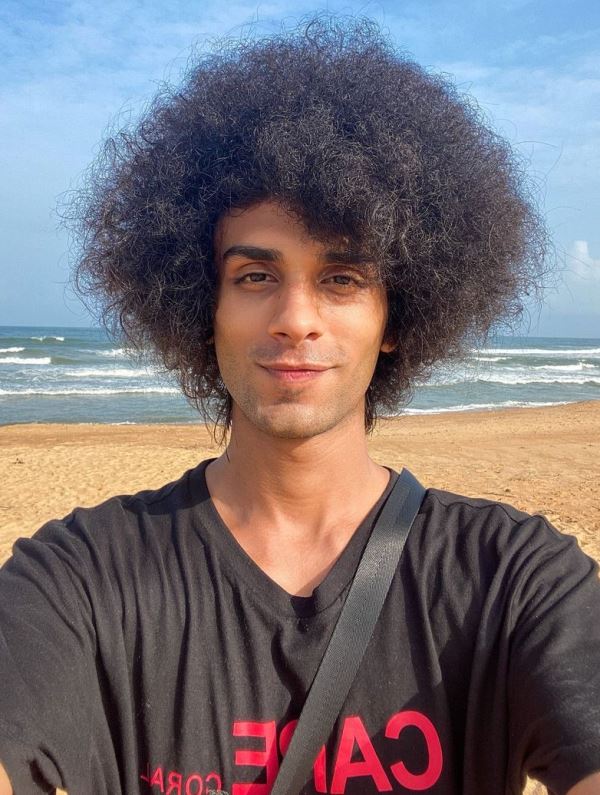 Dhruvin Busa was born in November 2000 (age 22 years; as of 2022) in Mumbai. He studied at Narsee Monjee College of Commerce and Economics in Mumbai.
A childhood image of Dhruvin Busa

He belongs to a Hindu family in Mumbai.

His mother’s name is Neha Busa, who studied Interior designing at Sophia College of Polytechnic in Mumbai. There is not much information available about his father.
Dhruvin Busa’s parents

In May 2019, Dhruvin Busa is the founder of Catch Events, an event management company in Mumbai. It is one of the popular social and nightlife communities in Mumbai.

He is the host of the podcast “Rooms under Young, Wild & Free” on the popular audio-based networking app Clubhouse. He has more than 50k members and more than 30k followers on Clubhouse. In an interview, he revealed that one of his friends forced him to download the app and join a speed-dating room, he said,
I was asked to drop a couple of pick-up lines and jokes to entertain people in the room. I initially found the app intimidating as I couldn’t figure the interface out.”
In an interview, when he was asked about which was his favourite room for talking, he said,
My favourite room was the first one about outer space, Interstellar, where we went from debating the possibility that we’re all actually living in a black hole to exploring the idea that perhaps we’re just characters living in a simulation.”
On Clubhouse, he also started a live-roast club session called ‘Cum And Roast,’ which became famous for witty jokes.

He has modelled for many clothing brands including Mahn and Badfit. His management company is Adore Artists.
Dhruvin Busa modelling for Badfit’s August’22 collection

On 12 November 2022, he appeared as a contestant on MTV’s reality TV show ‘Splitsvilla X4.’ When he was asked about his ideal partner, he said that he wants a cute girl with whom he can vibe. He believes that to find love one doesn’t need six-pack abs or fancy clothes, you just need a big heart.
Dhruvin Busa in a still from the show ‘MTV Splitsvilla X4’