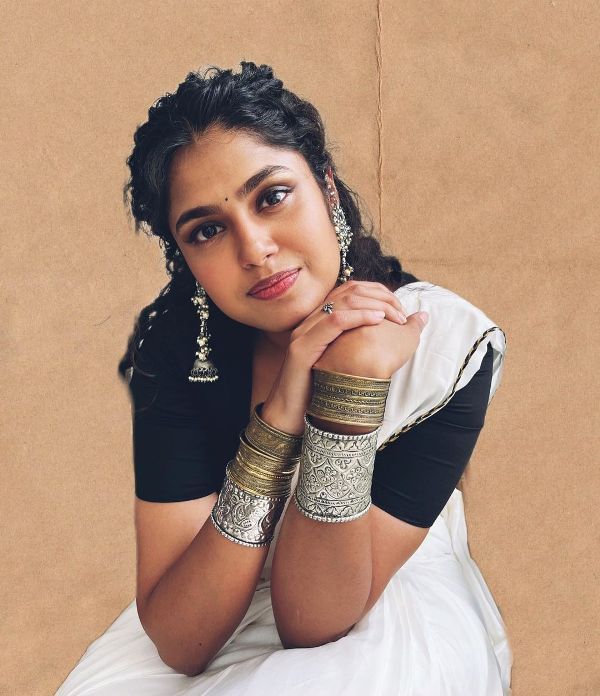 Faria Abdullah is an Indian actress who primarily works in the Telegu entertainment industry. In 2021, she appeared in the Telegu film Jati Ratnalu in which she played the role of Chitty.

Faria Abdullah was born on Thursday, 28 May 1998 (age 24 years; as of 2022) in Kuwait. She was raised in Hyderabad. Her zodiac sign is Gemini. Faria did her schooling at  Bhavans School Atmakuri, Hyderabad and Meridian School, Banjara Hills, Hyderabad. Soon after completing her schooling, she pursued a Bachelor of Arts in Multimedia and Mass Communication at Loyola Academy Degree PG College Hyderabad.
A childhood image of Faria Abdullah (right)
Faria was fascinated by dance since childhood. In an interview, Faria talked about this and said,
I would hear that my mom used to dance when she was carrying me; maybe that’s how my interest in dance began.”

Faria Abdullah belongs to a Muslim family in Hyderabad.

As of 2022, Faria Abdullah is unmarried.