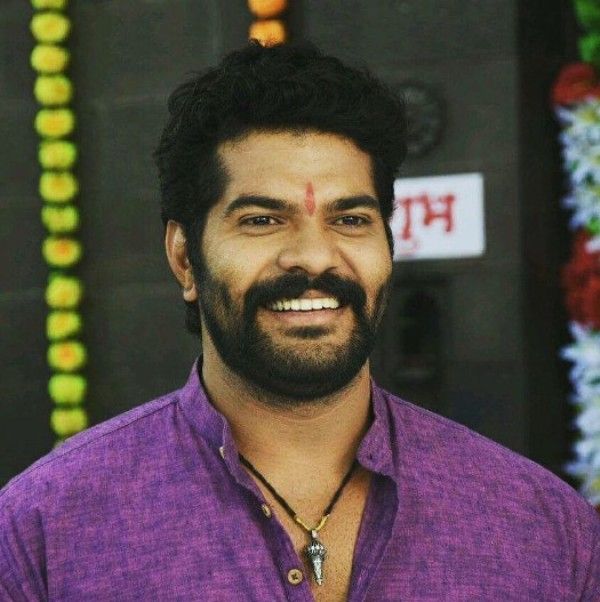 Hardeek Joshi is an Indian actor who predominantly works in the Marathi entertainment industry. In 2016, he appeared in the Marathi television show Tujhyat Jeev Rangala in which he played the lead role of Rana.

Hardeek Joshi was born on Thursday, 6 October 1988 (age 34 years; as of 2022) in Mumbai, Maharashtra. Hardeek did his schooling at Raja Shivaji Vidyalaya, Mumbai. Later, he attended the University of Mumbai and Guru Nanak Khalsa College of Arts, Science & Commerce, Mumbai.
A childhood image of Hardeek Joshi

Hardik Joshi belongs to a Brahmin Hindu family in Maharashtra.

Hardik Joshi’s mother, Gayatri Joshi, is a homemaker.
Hardeek Joshi with his sister

On 4 December 2022, Hardeek Joshi got married to Akshaya Deodhar, a Marathi actor. Hardeek met Akshaya on the set of the Marathi television show Tujyat Jeev Rangala (2016); in the television show, they were cast opposite each other. In an interview with a media house, Hardeek talked about his relationship with Akshaya and said,

I have known Akshaya for around 5 years. We met on the show Tujyat Jeev Rangala and bonded well. She became my great friend, but the thought of marriage was not in my head. It was my mother who asked me to propose the idea of marriage to Akshaya. She told me, Now you are at home for some time to think about your marriage.’ She even said, ‘This is the right time to get married, otherwise you will get busy with your other projects. But for the love of my mother, I talked to Akshaya and told her that my mother wants us to get married. She told me she is ready but needs to discuss it with her family. Then, I went to talk to her mother. After around six months, the marriage date was finalised. So this is how we both decided to get married.”
Hardeek Joshi and Akshaya Deodhar

In 2008, Hardeek Joshi made his television debut with the Marathi show Raja Shivchhatrapati in which he played the role of Kartalab Khan. Subsequently, he has appeared in many Marathi television shows like Radha Hi Bawari (2011), Durva (2013), and Asmita (2014). In 2016, he appeared in the Zee Marathi show Tujhyat Jeev Rangala in which he played the role of Rana. In 2021, he appeared in the television show Tuzya Mazya Sansarala Ani Kay Hava in which he played the role of Siddharth Deshmukh. In an interview, Hardeek talked about his role in the television show and said,
There is definitely a bit of pressure. The audience still knows me as Rana and calls me by the same name. So I am trying to be known as Siddharth as well. For that, I am paying a lot of attention to the body language, looks and speaking of the role. Rana was very emotional whereas Siddharth is very practical so I give my 100 percent while playing the opposite. I am sure the audience will love Siddharth as much as Rana.”
Hardeek Joshi as Rana and Akshaya Deodhar as Anjali in a still from the Zee Marathi television show Tujhyat Jeev Rangala (2016)