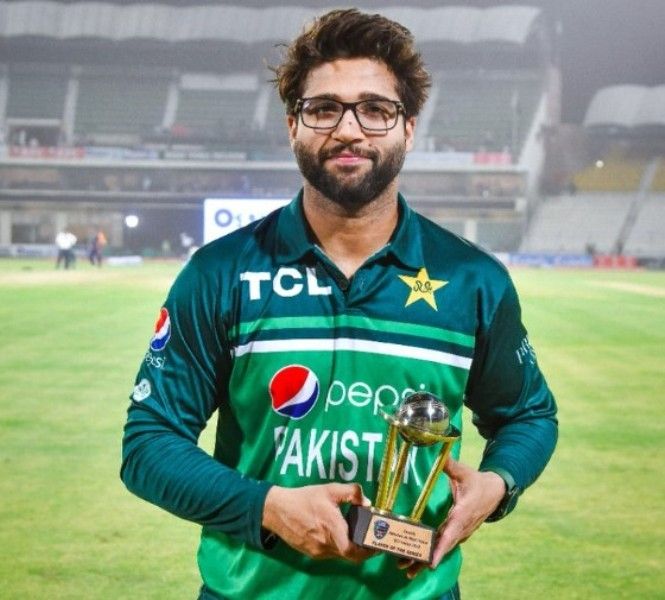 Imam-ul-Haq is a left-hand Pakistani batsman who has played in many matches for them. He has scored more than 2000 runs for Pakistan. He is the nephew of Inzamam-ul-Haq. He scored a hundred on his ODI debut. He has scored centuries in both innings of a test match.

Imam-ul-Haq was born on 12 December 1995 (aged 26 years; as of 2022) in Multan, Pakistan. He studied at Beaconhouse School System, Multan. His main focus was on his studies and he did not aspire to become a sportsman in his childhood. His school had a good culture of sports, and he started playing cricket. The school coach Saud Khan noticed his talent and told him that he can play for Pakistan. Imam-ul-Haq used to watch his uncle Inzamam-ul-Haq which generated his interest in the game. After completing his schooling in Multan, he moved to Lahore to pursue higher education. He completed I.Com (Intermediate of Commerce) from Punjab College Lahore. He has played for the Pakistan Under-19 team, Pakistan Under-23 team, Balochistan, Habib Bank Limited, Lahore Region Blues, and Peshawar Zalmi in Pakistan Super League. He scored 200 runs not out for Habib Bank Limited in the final match of the 2016-17 Quaid-e-Azam Trophy and 59 runs not out in the final match of the 2017 National T20 Cup, and his team Lahore Blues became the winners of the tournament. He was awarded the Man of the Match award for his stellar performance. He was given Central Contract by Pakistan Cricket Board in 2018. He played for Somerset in County Championship 2022 in England.

His family migrated from present-day Hansi in Haryana, India to Multan, Pakistan during the India-Pakistan partition in 1947.

He is unmarried and has no children.

He was rumored to be in a relationship with multiple girls.

He is a Muslim.
Imam-ul-Haq during Hajj

He played his debut test match on 11 May 2018 against Ireland at Malahide Cricket Club Ground, Dublin, Ireland.

He played his debut T20 match on 5 May 2019 against England at Cardiff Wales Stadium, Wales, England.

He has played against England in his only 2 T20 matches.

In 2018, he was playing in a test match against Australia and suffered an injury while fielding. His finger got fractured, and he had to undergo surgery in Dubai. Pakistani Cricket Board spokesperson said to the media,
” Imam has fractured the fifth finger of his left hand while fielding and has been ruled out of the second Test starting in Abu Dhabi from October 16″
After his surgery, he posted on Twitter,

Alhamdulliah my surgery went good have to rest for 3 weeks now and Thankyou for all the msgs and love really appreciate and please pray for my quick recovery 🇵🇰🇵🇰 pic.twitter.com/53ZAq9Uyry
— Imam Ul Haq (@ImamUlHaq12) October 13, 2018

In 2019, he was batting against England when a ball from pacer Mark Wood hit him on the left elbow. The speed of the ball was 143 kph and he fell to the ground and was taken to the hospital for conducting an X-Ray. The tests did not show any serious injury and showed swelling only. He returned to batting later in the innings. Pakistan Cricket Board tweeted,

While playing in National T20 Cup 2021 in a match for his team Balochistan against Southern Punjab, he collided with the boundary boards while fielding. He was treated by the team physiotherapist and had to be carried away out of the field on a stretcher. Later, he underwent an X-Ray in the hospital and was cleared of any serious injury.

Update – Captain of Balochistan Imam-Ul-Haq has been taken on stretcher after colliding with the boundary boards. Let’s hope injury is not serious and Imam recovers quickly. #NationalT20Cup pic.twitter.com/kyBFIk0M0S
— Arfa Feroz Zake (@ArfaSays_) October 1, 2021

In 2017, he was selected for the Pakistan national team for the series against Sri Lanka. Many cricket fans have accused his Uncle, Inzamam-ul-Haq of favoring nepotism and called Imam, a product of Nepotism and many fans used the derogatory team ‘Parchi’ for him. He played well and scored 100 on his debut, showcasing his ability. Inzamam said that he was approached by coach Grant Flower and head coach Mickey Arthur to pick him for the squad. Inzamam said in an interview,
“When he was first picked up for the international team not many know this, that it was Grant Flower who first came up to me to say he had been watching Imam score runs in domestic cricket. Then, head coach Mickey Arthur took up his case with the selection committee. His selection for me and him has been very critical for each other. But I want to remind people who had been making this an issue that when I wasn’t the part of PCB in any capacity in 2012, he was selected in Pakistan’s Under-19 squad. In 2014, he was named vice-captain for the Under-19 World Cup and this formed a pathway to international cricket.”
Imam was demoralized by these allegations and he stopped talking to his family and friends, and would not step out of his room. He said in an interview,
“When all of this started happening, I would have my meals all alone. It was my first tour and you know how it can get on the first tour. And whenever I would open my phone, there were people tagging me on social media posts or sending me stuff. I was very disheartened and couldn’t understand anything. I stopped talking to my family because I didn’t want to put them under any pressure that I’m facing problems. I switched off and handed both my mobile phones to my manager, and said, ‘I can’t take this, please take them off me. I remember crying in the shower for hours that I haven’t even played yet. It’s very easy for young players to get surrounded by self-doubt. The only thing running constantly in my mind was that I haven’t even played yet, what if I play and don’t perform well? Then my career will be over. I wouldn’t step a foot out of my room, fearing people might trouble me outside, because there is a large Pakistan community in Dubai.”

In 2019, a Twitter user posted screenshots of his Whatsapp conversations, accusing him of having affairs with multiple women at one time. The screenshots were posted on Twitter, portraying him as a predator and a creep. Many fans came to his support and many fans resented his behavior. He apologized to the Pakistan Cricket Board and Pakistan Cricket Board’s Managing Director Wasim Khan said,
“Imam was remorseful and has apologised for what all has happened and admitted his mistake. He said the matter got out of hand due to a misunderstanding. But we told him in clear terms that, although this is his personal and private matter, we expect our players to adhere to the highest standards of ethics and discipline. We don’t like to comment on the personal affairs of a player but we expect that our centrally contracted players will also show more responsibility being ambassadors of Pakistan cricket and Pakistan. Hopefully we will not see such incidents again.”
Twitter post accusing him of having multiple affairs
Second post accusing from the same account

He was given a C-level contract for the red ball