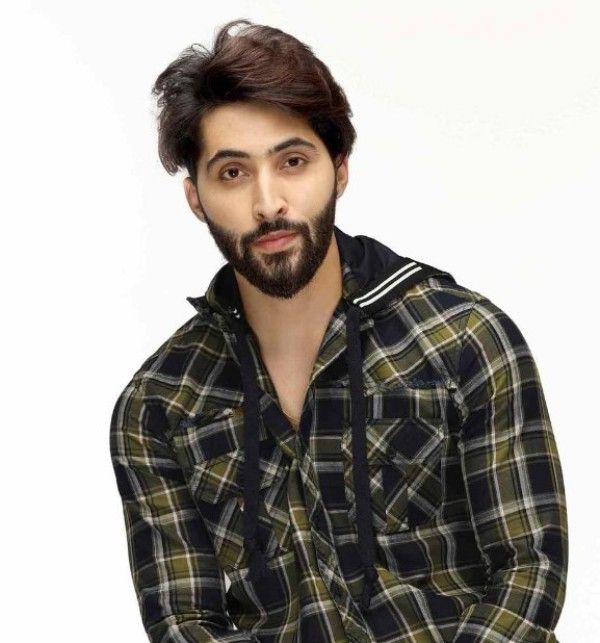 Imran Nazir Khan was born in Kupwara, Jammu & Kashmir. He wanted to become an actor since his childhood days. He always used to participate in plays during his school and college days. He pursued BTech in Civil Engineering at Vivekananda Global University, Jaipur Rajasthan. where he got the opportunity to step into modelling. Later, he shifted to Mumbai to pursue his career in acting. His zodiac sign is Leo.

He belongs to a Kashmiri-Muslim family.

Imran Nazir Khan started his acting career with the film was “Kabaddi.” Later he made his television debut as a supporting actor in the show “Hamari Bahu Silk” which premiered on Zee TV, on 3 June 2019. He acted in many other TV shows such as Gathbandhan, Porus, Mariam Khan Reporting Live, Maddam Sir, and Aladdin – Naam Toh Suna Hoga.
Imran Nazir Khan (left) as Firdous in the TV show ‘Aladdin – Naam Toh Suna Hoga’
He appeared in two episodes of the TV series “Abhay” (2019) and in three episodes of the TV series “State of Siege: 26/11.” He also appeared in the music video for a Punjabi song. In 2022, Imran Nazir Khan was featured in a comedy family drama-themed web series “L… Lag Gaye” (Lockdown Lag Gaye), released on the OTT platform, Cine Prime.

Filed an FIR against a fake Celebrity Management Company

In July 2021, Imran Nazir Khan filed an FIR against a fake celebrity management company called “Sansaa Entertainment.” According to the actor, the company make false promises to offer work in music videos and product branding to the actors, but later, deceive them by using their videos for the promotion of their own company. In an interview, Imran Nazir Khan talked about this and said,
They offered me paid brand endorsements and also promised a few video albums. I took the offer and they took advantage of me by promoting their own company by putting up the company logo and asking me to give them shoutouts on social media. However, I was paid nothing.”