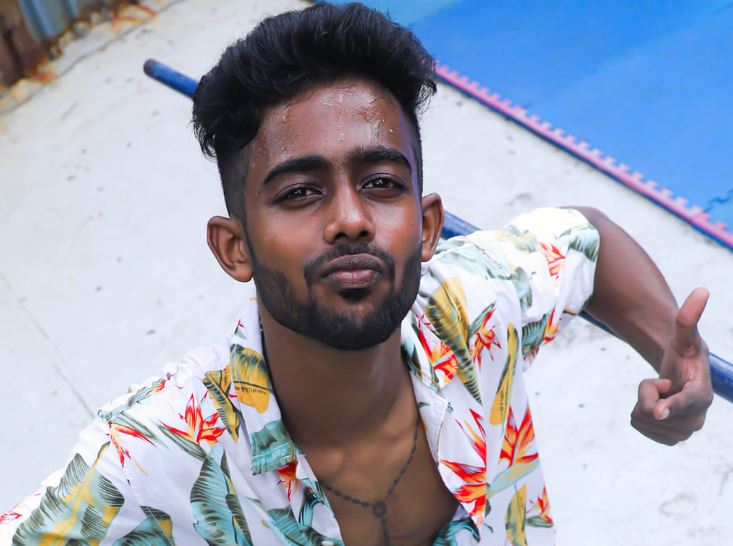 Justin D’Cruz is an Indian dancer and choreographer, who is a part of the Hot India Dance Crew. In 2021, Justin, along with his crew, participated in season 6 of the dance reality TV show Dance Plus.

Justin D’Cruz was born on Tuesday, 25 July 2000 (age 22 years; as of 2022) in Mumbai. His zodiac sign is Leo. He did his schooling at St. Peter’s English High School in Mumbai. Inclined towards dance from a very young age, Justin grew up learning various dance forms like Contemporary, Hip Hop, Jazz, and Ballet.
An old picture of Justin D’Cruz

Justin’s father’s name is Wilson D’cruz. His mother, Monica Dcruz, is a teacher. He has two elder sisters, one of whom is named Froila Dcruz.
Justin D’Cruz parents
Justin D’Cruz’s mother and sisters
Justin D’cruz with his family

Justin started his career as a dancer by joining the V Company (Vernon Dance Company). In 2015, he was a part of the team (V Company) that won the first season of the dance reality TV show Dance Plus.
V Company after winning Dance Plus
As a part of V Company, Justin has participated in various dance competitions at national and international levels. In 2017, V Company participated in the dance reality TV show Dance Champions. In the same year, he along with his team, performed with Divyanka Tripathi and Vivek Dahiya in season 8 of the celebrity dance reality TV show Nach Baliye.
V Company performing with Divyanka Tripathi Dahiya and Vivek Dahiya on the sets of Nach Baliye 8
He has shared the stage with many popular actors like Priyanka Chopra and Jacqueline Fernandez. Justin, along with his team V Company, has performed at various Awards shows including the 2016 Kids Choice Awards, 2017 Zee Cinema Awards, and 2018 Filmfare Awards Marathi. He emerged as the winner of the dance show Rep your style GLORY 2020.
Justin D’Cruz as the winner of Rep your style GLORY 2020
In 2021, he joined the Hot India Dance Crew as a choreographer and participated in the dance reality TV show Dance Plus (season 6) along with his team.