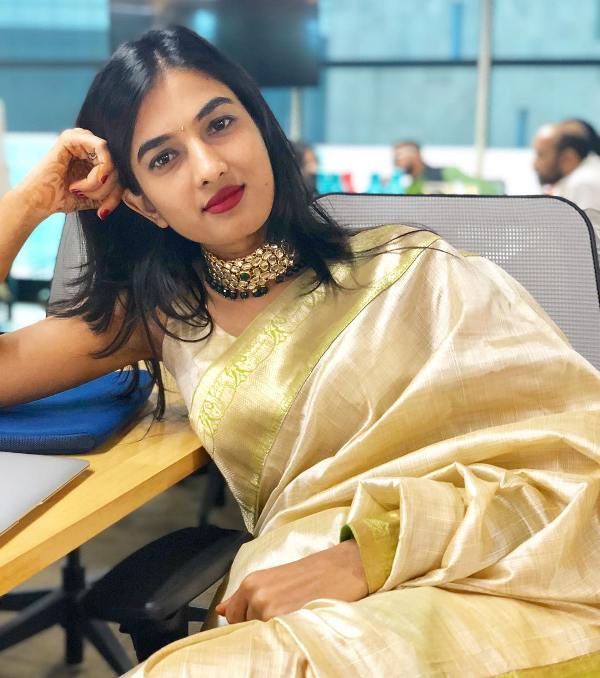 Jyoti Yadav is an Indian journalist who is honoured with many awards for her ground reports which covers the stories of substantive issues like unemployment, human rights, gender crimes, politics, and policy faced by the commoners in Uttar Pradesh and Haryana. She writes investigative pieces on people in the hinterlands in India. She has covered the situations created by the Covid waves in rural India for which she also received appreciation.

Jyoti Yadav was born on Saturday, 17 December 1994 (age 27 years; as of 2021) in Haryana, India. She was brought up in her hometown Rewari, Haryana. She studied at a private school which was 500 meters away from her house. She felt fettered by the patriarchal set-up of her village but she somehow managed to unlock those fetters and reach Delhi to pursue her studies. She pursued a bachelor’s (Hons.) degree in arts in English Language and Literature/Letters at Daulat Ram College, Delhi University (2011-2014). She was the first person to graduate in her family. Later, she completed a master’s degree in English Language and Literature/Letters at Indraprastha College for Women, Delhi University, India.
Picture of Jyoti from the time when she was pursuing her master’s degree in arts in 2016
According to Jyoti, she adapted the techniques of English writers to analyse the condition of women in rural areas throughout her college tenure. According to her, she views matters in journalism from the perspective of both urban and rural concepts so that she could draw an interrelation in her reports and writing.

There is not much information about her parents. Jyoti is a daughter of farmers. She has an elder brother. According to Jyoti Yadav, she belongs to a humble family. She describes the ordinary days and the kind of life she lived in her childhood through the picture captured by her father. She describes the image of the children who were in school uniforms of a private school in which they were enrolled. She has given the details of everything including that of a bag, whose strap can be seen on her head which was hand stitched by her mother. She also takes the viewers from the fact that she belonged to a poverty-stricken family through this picture. She wrote,
The photo is from my childhood days. I don’t remember the exact year. Nothing is special about this photo also. But I guess my father must have been in a really good mood to capture me and my elder brother in our worst dressed school day. We were enrolled in small private school which was around 500 metres away from our house. Alooni ghee with shakkar was a norm for breakfast those days in a family involved with farming. Brother was bitten by a bee on his eye. I got one of my toes hurt. My mother wrapped a cloth around it as a first aid. The cloth bag I am carrying on my head was also stitched by mother. Now, I often get to hear the cloth bag stories from first generation bureaucrats in ministries. They fondly remember their mothers stitching cloth bags for them. Khair! Back to the picture. I am wearing yellow slippers and my eyes are swelled. As I said that there is nothing special about the photo but then life is all the most ordinary things.”
Childhood picture of Jyoti Yadav and her elder brother in school uniforms – captured by her father
Jyoti Yadav with her mother (left) and grandmother (right)
Jyoti with her grandparents in Mahendragarh, Haryana

In July 2016, Jyoti joined ‘The Lallantop’ as an internship trainee for three months. In 2019, she worked at ‘ThePrint’ as a full-time Correspondent for two years. In May 2020, she spent 25 days during which she filed 15 ground reports on migrant workers, quarantine centres, deliveries on highways, etc., covering the states of UP and Bihar in India. According to Jyoti, she has spent more than 60 days during the life-threatening second wave of covid covering mass cremations, health infrastructure, covid wards, underreported covid deaths, etc., in the months of April and May 2021. Later on, in July 2021, she started working at the level of Senior Correspondent for the same organisation. From August 2021 to December 2021, Jyoti worked on the roots of the after-effects of the second covid wave. The report concentrated on the matters of mental health, suicides, the gender gap in education, disrupted mid-day meals, etc. In August 2022 she was promoted to the designation of Principal Correspondent at ‘ThePrint.’ She did the ground reporting in rural areas and small cities to highlight the cost of human life during the rapid growth of Coronavirus in the world. Jyoti has written many articles covering other major issues as well such as drugs, women empowerment, politics, and many more in small cities and the hinterlands mainly in Bihar, Haryana, and Uttar Pradesh.
Jyoti Yadav on the groundwork for investigative reports on drugs in the Purnea district of Bihar. The faces of addicts have been kept blurred in the image
Picture of Aruna Srivastava weeping next to her husband, Vinay Srivastava who died of covid-like symptoms without test results or medical care in Lucknow – captured by Jyoti Yadav

Jyoti Yadav joined ‘Inshorts’ as a content writer in 2018.

In April 2017, Jyoti Yadav worked with ‘News18 India’ as a Sub-editor for nine months.