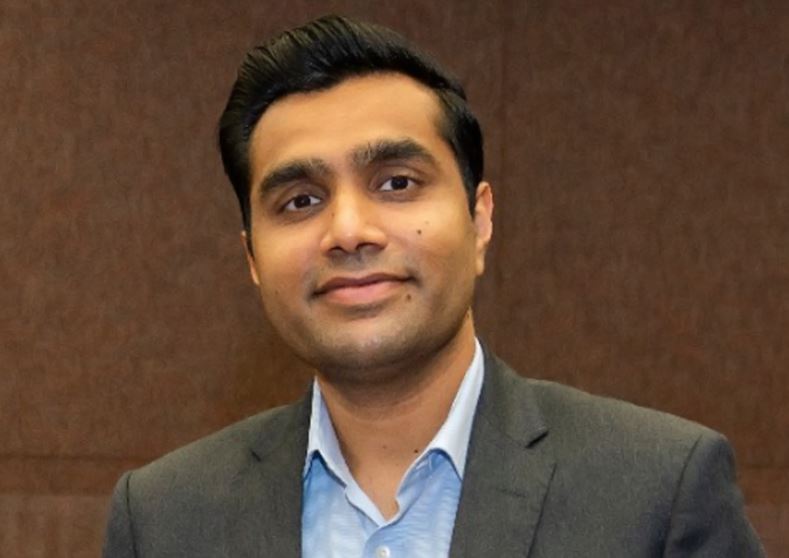 Karan Adani is an Indian businessman, who is the scion of the Adani Group. He is known for being the son of the Indian business tycoon and founder of the Adani group Gautam Adani; As of September 2022, Gautam Adani is the richest person in India and Asia and the third richest person in the world. Karan is the Chief Executive Officer (CEO) of the Adani Ports and Special Economic Zones (APSEZ). In September 2022, Karan was elevated as the Chairman of ACC, a subsidiary of Ambuja Cements.

Karan Gautam Adani was born on Tuesday, 7 April 1987 (age 35 years; as of 2022) in Ahmedabad, Gujarat. His zodiac sign is Aries. Karan Adani graduated in Economics (2009) from Purdue University, West Lafayette, Indiana, US.
An old picture of Karan Adani (extreme right) with his father and brother

Karan Adani joined Adani Port and SEZ Ltd in 2009 as a director. Initially, he learned the intricacies of the port operations at Mundra. In 2016, Karan was appointed as the Chief Executive Officer (CEO) of the company.
Karan Adani at a port
Subsequently, he launched several campaigns for the expansion and development of Adani Ports and Terminals, Industrial Land, and Logistics. In 2018, under the leadership of Karan, APSEZ acquired 97% stake in Marine Infrastructure Developer, which runs the Kattupalli Port (about 30 km from Chennai Port and adjoining the Ennore Port) in Tamil Nadu from Larsen and Toubro, making it the 10th port in APSEZ network; APSEZ acquired the stake for Rs 1,950 crore. Karan-led APSEZ has grown from two ports to a string of 10 ports and terminals over the years.
Karan Adani after signing a business deal with Indian Oil Corporation Ltd
Talking about the acquisition in a media conversation, Karan said,
We are thankful to the Tamil Nadu government and the ministry of commerce for giving approvals in record time. Adani Ports is committed to making Katupalli Port one of the largest ports in southern India. We are going to start our construction to diversify the cargo of the port and will be adding 40 MMT of new capacity in the next three years. We are confident that with our superior infrastructure and efficient handling of cargo we will be able to reduce logistics cost of industries in the region and be one of the engines of growth.”
In 2019, Adani Group snapped up six contracts to modernize airports in smaller non-metro cities across India in a public-private partnership with the Airports Authority of India, and Karan Adani was made the head of the projects. The airports which came under the contract include Sardar Vallabhbhai Patel International Airport, Lokpriya Gopinath Bordoloi International Airport, Jaipur International Airport, Chaudhary Charan Singh International Airport, Mangalore International Airport, and Trivandrum International Airport.
Karan Adani at the 2020 Dubai Expo
Known for his hands-on approach and execution skills, Karan played a key role in the acquisition of Ambuja Cements and ACC by the Adani Group for Rs. 640 crores. On 16 September 2022, Karan Adani was named Chairman of ACC Limited, an Indian cement producer, headquartered in Mumbai. Additionally, he has been appointed as the non-executive director of Ambuja Cement.
Karan Adani during a business event