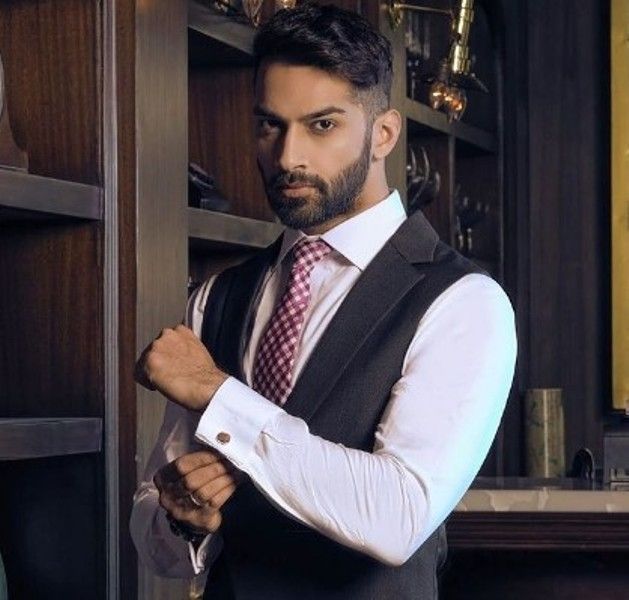 Karan Vohra is an Indian television actor. In 2022, he appeared in the StarPlus TV show Imlie in which he played the role of Atharva.

Karan Vohra was born on Thursday, 5 January 1989 (age 33 years; as of 2022) in New Delhi. His zodiac sign is Capricorn. Karan did his schooling at The Frank Anthony Public School, New Delhi. Later, he attended Delhi University.
Karan Vohra’s childhood image

In 2016, Karan Vohra made his acting debut with the Hindi television show Zindagi Ki Mehek in which he played the role of Shaurya.
Karan Vohra (right) in the Hindi television show Zindagi Mehak Ki (2016)
Next, in 2018, he appeared in a lead role in the StarPlus television show ‘Krishna Chali London’. In the show, he played the role of Dr Veer. In an interview, Karan talked about his role in the TV show Krishna Chali London and said that he believes in experimenting with playing different characters in TV shows. He quoted,
Dr. Veer is a young, no-nonsense doctor who is the head of the Cardiology Department at London Medical College. He has adopted British culture leaving behind his Indian roots completely. This is the first time playing a doctor on screen,What attracted me the most about the character is his different shades and his ideologies in life. Being a newbie in the television industry, I believe in experimenting with characters.”