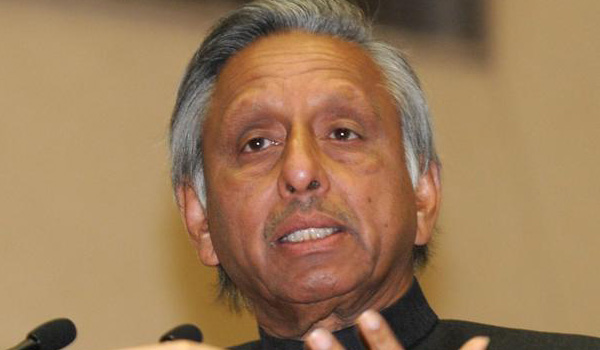 Birth: 10 April 1941, Lahore, Akhand Bharat
Work area: Politician, former diplomat, former Union Minister
Mani Shankar Aiyar is a former Indian diplomat and active politician. Before joining politics, he served in the Indian Foreign Service for 26 years, of which the last five (1985–1989) served in the Prime Minister’s Office under Rajiv Gandhi. He resigned from the Foreign Service in 1989 to start a new career in politics and was elected Congress MP from Mayiladuturai parliamentary constituency in 1991,1999 and 2004. Along with this, he had to face defeat in the Lok Sabha elections in 1996, 1998 and 2009. During his administrative tenure, he took charge in Karachi as the first Consul General of the country. He attended diplomatic delegations in Brussels, Hanoi and Baghdad. In view of his contribution to the diplomacy and politics of the world’s largest democracy, his mother’s organization Cambridge awarded him an honorary degree. As a politician, he has been a Cabinet Minister in the Ministry of Natural Gas and Petroleum in the Union Government and a Minister of Panchayati Raj in the Manmohan Singh Government.

Mani Shankar Aiyar was born on 10 April 1941 in Lahore, Akhand Bharat, to the chartered accountant V. Shankar Iyer and Bhagyalakshmi. His younger brother Swaminathan Iyer is a journalist. When Mani Shankar Aiyar was 12 years old, his father died in a plane crash. He received his early education at St. Welham Boys’ School, Doon School, Dehradun, and St. Stephen’s College, Delhi. He graduated in Economics from Delhi University and then did a two-year trapeze in Economics from Cambridge University. He also holds a D. Sc (Honoris Causa) degree from the Indian School of Mines. In Cambridge he was an active member of the Marxist society. In 1963, he was appointed to the Indian Foreign Service and served as Joint Secretary in the Government of India.

Mani Shankar Aiyar served in the Indian Foreign Service for 26 years, of which he was on deputation to the Prime Minister’s Office under Rajiv Gandhi for the last five years. He has a special interest in democracy at the grassroots level, Indian foreign policy especially with India’s neighboring countries and West Asia, and nuclear disarmament. He also participated in Indian diplomatic delegations in Brussels, Hanoi and Baghdad. From 1970 to 1971, he served as the Private Secretary in the Ministry of Industry and Internal Trade. From 1978 to 1982 he became the first Consul General of India in Karachi. From 1982 to 1983, he served as Joint Secretary in the Ministry of External Affairs and from 1983 to 1984 he was the advisor to the Minister of Information and Broadcasting.

He resigned from his office in 1989 and joined politics and communication. In 1991, he won elections from Mayiladuturai constituency in the 10th Lok Sabha and in 1992 he became a member of the All India Congress Committee (AICC). In 1998, he was appointed Secretary of the AICC and in 1999 he won the 13th Lok Sabha election from Mayiladuturai constituency. In 2004, he again won the election from the same constituency. Subsequently he also became a Cabinet Minister and a Minister of Panchayati Raj in the Ministry of Natural Gas and Petroleum. He also held the post of Youth Welfare Minister and Sports Minister.
He had to face defeat in the 19996, 1998 and 2009 Lok Sabha elections. He is a special guest on the Executive Committee of the Congress Party. He is also the Chairman of the Political Training Department, Policy Organizing and Coordination Committee of the Congress Party. Mani Shankar Aiyar is a founding member and president of the Secular Society. Along with being a political critic, he has also written several books. He is also the guardian of the Rajiv Gandhi Foundation. He is an honorary advisor to the Institute of Parliamentary Affairs and Training. He has been the President of the India Chapter of South India Foundation, as well as an alumni member of the parliamentary system for nuclear nuclear proliferation prevention and nuclear disarmament.
Оформить и получить займ на карту мгновенно круглосуточно в Москве на любые нужды в день обращения. Взять мгновенный кредит онлайн на карту в банке без отказа через интернет круглосуточно.