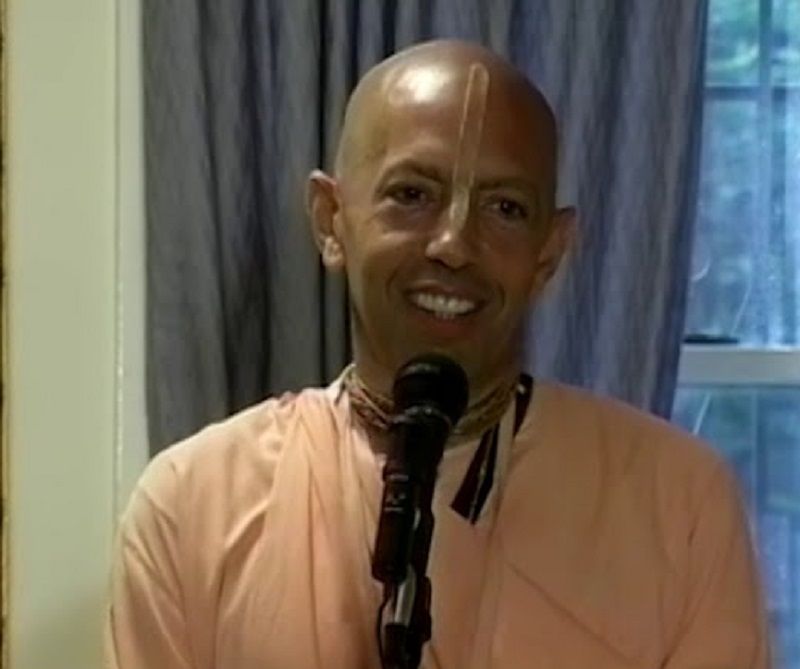 Mukunda Goswami is an American spiritual guru who is known for being the leader of the International Society for Krishna Consciousness in England which is popularly known as ISKCON or the Hare Krishnas.

There is not much information about his parents. His brother’s name is Tom Grant, who is a musician.

Mukunda was married to Janaki, but they got divorced in the 1980s. After his divorce, in 1982, he took up Sannyasa from Jayapataka Swami.

Mukunda used to work as a professional jazz musician before becoming a spiritual leader.

In 1966, he was a prominent part of the Hare Krishna movement.
Mukunda Goswami during the early days of the Hare Krishna movement
Later in 1966, he helped Bhaktivedanta Swami to set up the first Hare Krishna temple in New York. In 1967, he established the first Hare Krishna temple in San Francisco. He also organized a music event, the Mantra-Rock Dance during the opening of the temple.
First Hare Krishna temple in San Francisco by Mukunda Goswami
In 1968, he went to London along with his wife to begin ISKCON in England. In 1971, he was one of the composers of the devotional music album ‘The Radha Krsna Temple’ released on Apple Records. The album was produced by Beatle George Harrison. The song ‘Hare Krishna Mantra’ gained a lot of popularity and entered the UK Singles Chart.
Mukunda Goswami recording the song with George Harrison
In 1977, he started the ISKCON Communications Office in Los Angeles. He has written some publications and books including Chant and be Happy … The Story of the Hare Krishna Mantra (1982), Coming Back: The Science of Reincarnation (1982), The Higher Taste: A Guide to Gourmet Vegetarian Cooking and a Karma-Free Diet (1983), Divine Nature: A Spiritual Perspective on the Environmental Crisis (1995), Inside the Hare Krishna Movement: An Ancient Eastern Religious Tradition Comes of Age in the Western World (2001), and Miracle on Second Avenue: Hare Krishna Arrives in the West (1966).
Cover of the book ‘Divine Nature A Spiritual Perspective on the Environmental Crisis’