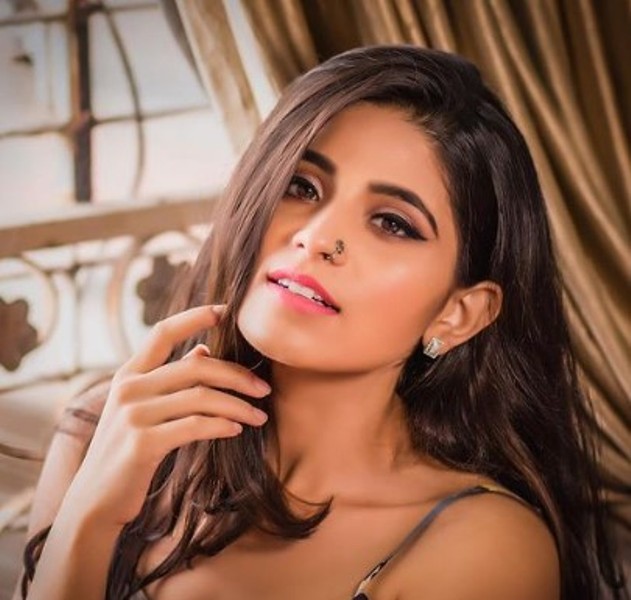 Neha Vaishnav is an Indian actor and singer. In 2022, she appeared in the Hindi film Dhokha: Round D Corner in which she played the role of a news anchor.

Neha Vaishnav was born on Friday, 4 August 1990 (age 32 years; as of 2022) in Aurangabad, Maharashtra. Her zodiac sign is Virgo. There is not much information available about Neha Vaishnav’s education.

Neha Vaishnav started her journey as a singer by performing at various weddings, events, and other shows.
A picture of Neha Vaishnav performing at the Yavatmal event in Maharashtra
In 2012, she made her YouTube debut with the unplugged version of the song In Aankhon ki Masti Ke from the Hindi film Umrao Jaan (1981). In 2020, she voiced the album song titled ‘Reh Jaunga Me’ in which she also appeared as a lead character. The music album was inspired by the true event of the Pulwama Attack. In an interview, Neha Vaishnav talked about the music album and said,
The song gives me goosebumps every time I hear it. While recording the audio, I experienced the feeling of loss to such an extent that I took a couple of days to recover. God knows what the respective families went through. My heart goes out to them.  While shooting the video, all the feelings came back again and it’s still haunting me. I feel like doing something for them, though, as of now I have no clue to what it could be. But very soon I am sure I will do something more real for these families.”
Neha Vaishnav in a still from the music album Reh Jaunga Me (2020)

In 2022, Neha Vaishnav made her acting debut with the Hindi film Herpanti 2. In September 2022, she appeared in a cameo role in the Hindi film Dhokha Round D Corner. In the film, she played the role of a news anchor.