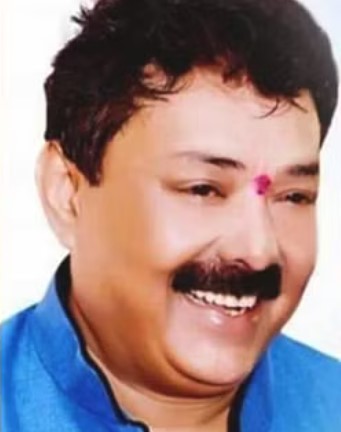 Paras S Porwal was a well-known Indian Mumbai-based real estate developer. He came into the limelight on 20 October 2022 when he died by committing suicide by jumping from his 23rd-floor flat in a Chinchpokli tower in South Mumbai where he lived with his family. According to the police report and his suicide note, Paras S Porwal took extreme step as he was suffering huge financial losses in his many business projects.

Paras Shantilal Porwal was born in 1965 (age 57 years; at the time of death) in Jalore, Rajasthan. Paras S Porwal grew up in Jalore in Rajasthan. He migrated to Mumbai in the early 1980s and started living with his sister’s family in a chawl in Ambewadi in Kalachowkie, Mumbai area.

His mother’s name is Shanti Devi. He has a sister.

His wife’s name is Manju Porwal. The couple has a son and a daughter named Rony and Rikki, respectively. The name of his daughter-in-law is Akruti.

He lived at Shantikamal Cooperative Housing Society in South Mumbai, India on its 21st, 22nd, and 23rd floors.

After moving to Mumbai from Rajasthan, he began working as an imitation jewellery seller on local trains in Mumbai. He used to pass his nights by sleeping outside the shops in the Kalachowkie area of Mumbai. With the passage of time, he started working as a real estate broker in the early 1980s. A BJP secretary and ex-MLA from the Kankavli assembly constituency, Pramod Jathar mentioned in a media talk that Gundecha Developers gave Paras his first commission to sell flats in a project. Pramod Jathar and Paras used to work as partners in many redevelopment projects in Central Mumbai. Pramod Jathar remembered,
He had humble beginnings. He used to sell imitation jewellery in trains initially and sleep outside shops in Kalachowkie. Slowly he started a real estate brokerage business. Around 1985 Paras Gundecha of Gundecha Developers who also belonged to Jalore, gave him his first commission to sell flats in a project.”
Thereafter, Paras S Porwal began selling plots in Mumbai and started working for a construction company. He began providing flooring tiles to other developers. In 1998, he received a big opportunity in his career when he bagged a redevelopment project named the Bawalawadi Redevelopment Project opposite Voltas Tower in Parel, which was granted to him by Paras Gundecha. He was a resident of the Balewadi Chawls at that time. Pramod Jathar said,
I was the secretary of the chawl society. Paras offered to get a developer to redevelop the chawls. Later, we decided to redevelop it ourselves.”
In the same discussion, Pramod Jathar said that in the 1990s, the Development Control Regulation policies were amended by the state government, and this amendment allowed the redevelopment of BMC-owned old buildings. Soon after the announcement of the amendments Paras S Porwal and Pramod Jathar started working together with the BMC Improvements committee. Porwal is known for undertaking many big redevelopment projects such as Kach Kharkhana in Wadala and Prerna Society redevelopment on Sasmira Institute Road in Worli Naka.

Paras S Porwal contested the assembly elections on the ticket of the Samajwadi Party from the Mazgaon assembly constituency in Mumbai in 2004. His opponent, Bala Nandgaonkar (who later joined Raj Thackeray’s Maharashtra Navnirman Sena) defeated him in the elections. Two contestants Nandgaonkar (Shiv Sena) and Chhagan Bhujbal’s son Pankaj from the Nationalist Congress Party (NCP) from the Mazgaon assembly constituency were Porwal’s opponents. He received 7,888 votes in the elections.

He attracted controversy in 2018 when he was accused by the Bombay High Court of a fraud and cheating case and a real estate scam. The Mumbai police booked him for listing sixty-two bogus companies in the Gandhi Nagar project in Worli, Mumbai. He created these fake companies to claim an extra ‘Floor Space Index’ from the state government.

On 20 October 2022, Paras S Porwal jumped off from the 21st floor of the Shantikamal Cooperative Housing Society in South Mumbai, India in the early morning at 6 am. His body was seen by a priest of a temple, which is constructed inside the premises of the society, lying in the pool of blood. Paras was the owner of this society and the building was constructed by his company, Om Shanti Universal Private Ltd. An accidental death report (ADR) was reported at the Kalachowkie police station after his death. The police report stated that Paras jumped off from the gymnasium area of his house and left a suicide note before dying. He wrote several pages in his diary in Hindi and Gujarati languages for his family members. Police said,
When we searched his house, in the gymnasium area we found a ‘suicide note’ that said ‘Nobody is responsible for my death and nobody should be questioned about it. The note also carried some words of guidance for his son, Rony.”
The police said that Paras S Porwal was rushed to a nearby hospital after his suicide, but he died after reaching the hospital. Police said,
A priest in the temple heard loud thud and later saw Porwal lying in pool of blood. The priest immediately informed his family members and Porwal was taken to a nearby hospital where he was declared dead on arrival.”
His funeral was attended by several well-known political leaders in Mumbai such as Kalidas Kolambkar from BJP, Ajay Chaudhari and Dagadu Sakpal from Uddhav Thackeray-led Shivsena.
Shanti Kamal housing society, where the deceased resided