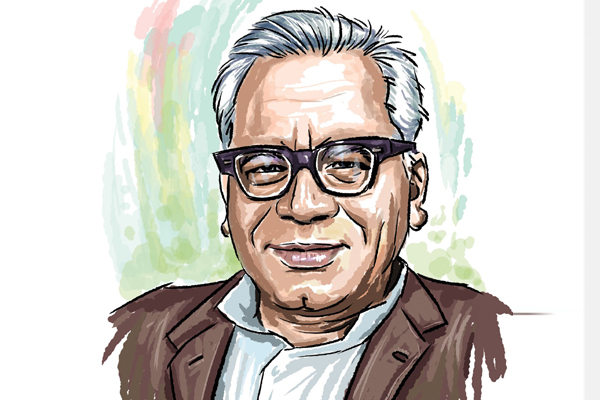 Birth: March 23, 1910, Akbarpur, Faizabad
death: October 12, 1967, New Delhi
Work area: Freedom fighter, politician
Ram Manohar Lohia was a freedom fighter, fierce socialist and respected politician. Ram Manohar always imitated the truth and did amazing work in the freedom struggle. In the politics of India, during and after the freedom movement, many such leaders came who changed the stance of politics on their own, one of those leaders was Ram Manohar Lohia. He was known for his intense patriotism and sharp socialist views and due to these good things he gained a lot of respect from his supporters as well as his opponents.

Childhood and early life
Ram Manohar Lohia was born on 23 March 1910 in Akbarpur, Uttar Pradesh. His mother was a teacher. His mother had died when he was very young. A patriot who was a nationalist from his father, he was inspired to participate in India’s independence movements through various rallies and protest meetings at a young age. A new turning point in his life came when his father, once a close follower of Mahatma Gandhi, took Ram Manohar with him to meet Gandhi. Ram was very inspired by the personality and thinking of Manohar Gandhi and supported Gandhi’s ideals throughout his life.
In the year 1921, he met Pandit Jawaharlal Nehru for the first time and continued to work under his supervision for a few years. But later there was a confrontation between them on various issues and political principles. At the age of 18, in the year 1928, young Lohia organized a demonstration to protest the ‘Simon Commission’ set up by the British Government.
After passing his matriculation examination in first class, he got admission in Intermediate at Banaras Hindu University. He then completed his undergraduate studies from the University of Calcutta in the year 1929 and Ph.D. Went to Berlin University, Germany, from where he completed it in the year 1932. There he soon learned the German language and was also financed for his excellent academic performance.
Ideology of Ram Manohar Lohia
Lohia always preferred Hindi over English as the official language of India. He believed that English creates distance between educated and uneducated people. He used to say that the use of Hindi will promote the feeling of unity and ideas related to the creation of a new nation. He was a staunch opponent of caste. He suggested against the caste system that it can be eliminated through “roti aur beti”. He used to say that people of all castes should eat food together and upper class people should marry their children to lower caste girls. In the same way, he gave tickets to the lower caste candidates for the high positions in his ‘United Socialist Party’ and also encouraged them. They also wanted to establish better government schools, which could provide equal opportunities for education to all.
Contribution to Indian independence movement
He had a strong desire to participate in the freedom movement from childhood, which did not end even when he grew up. While he was in Europe, he formed a club there named ‘Association of European Indians’. The aim of which was to create awareness of Indian nationalism within European Indians. He also attended the ‘League of Nations’ meeting in Geneva, though India was represented by the Maharaja of Bikaner as an ally of the British state, but Lohia was an exception. He started a protest from the audience gallery and later wrote several letters to the editors of newspapers and magazines to explain the reasons for his protest. This entire incident made Ram Manohar Lohia a super star in India overnight. On his return to India, he joined the Indian National Congress Party and in 1934 laid the foundation stone of the Congress Socialist Party. In the year 1936, Pandit Jawaharlal Nehru appointed him as the first secretary of the All India Congress Committee.
On May 24, 1939, Lohia was first arrested for making provocative statements and boycotting government institutions from his countrymen, but was released the next day, fearing rebellion from the youth. However, he was arrested again in June 1940 on charges of writing an article titled “Satyagraha Now” and sent to imprisonment for two years. He was later freed in December 1941. He was also imprisoned in the year 1942 along with many top leaders like Mahatma Gandhi, Nehru, Maulana Azad and Vallabhbhai Patel during the Quit India Movement.
Even after this, he went to jail twice, once he was arrested in Mumbai and sent to Lahore Jail and second time to Goa on charges of speech and assembly against Portuguese government. When India was close to becoming independent, she strongly opposed the partition of the country through her articles and speeches. He was against partitioning the country with violence. On the day of independence, when all the leaders gathered in Delhi on August 15, 1947, he was out of Delhi along with his Guru (Mahatma Gandhi), mourning the impact of unwanted partition of India.
Post Independence Activities
Even after independence, he continued to contribute as a freedom fighter for the reconstruction of the nation. He appealed to the general public and private partners to participate in the contribution to the reconstruction of the nation by constructing wells, canals and roads. Through ‘Teen Aana, fifteen Aana’, Ram Manohar Lohia raised his voice against the amount of expenditure on Prime Minister Jawaharlal Nehru “25000 rupees a day” which is still known today. At that time, the income of most of the people of India was only 3 per day, while according to the Planning Commission of India, the average income per person was 15 fifteen.
Lohia raised issues that were hindering the success of the nation for a long time. Through his speeches and writings, he tried to create awareness, the gap between rich and poor, caste inequalities and gender inequality. He formed the ‘Hind Kisan Panchayat’ for mutual settlement of problems related to agriculture. He was in favor of giving more power by giving centralized schemes of government in the hands of the public. During his last few years he discussed topics like politics, Indian literature and art with the younger generation of the country.
death
Ram Manohar Lohia died at the age of 57 on 12 October 1967 in New Delhi.
Оформить и получить займ на карту мгновенно круглосуточно в Москве на любые нужды в день обращения. Взять мгновенный кредит онлайн на карту в банке без отказа через интернет круглосуточно.