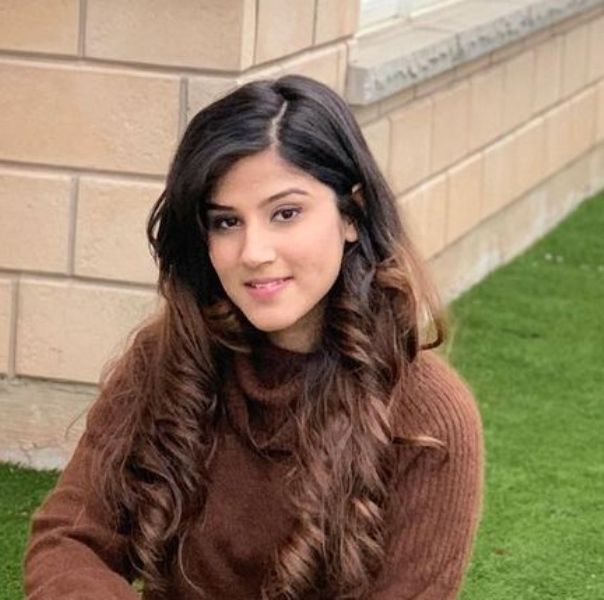 Rinni Sharma is an actress and photographer who came into the limelight after appearing in Hindi web series such as Meri IIT Vali Girlfriend (2017), Lockdown with my Crush (2020), and Trust Issues (2023).

Rinni Sharma was born on 9 September in Delhi. Her zodiac sign is Virgo. She did her schooling at Adarsh Public School in Delhi. In 2013, she pursued a bachelor’s degree in Commerce at Delhi University. After graduating, she moved to Canada in 2017. In 2018, she received a postgraduate certificate in Marketing Corporate Account Management from Centennial College in Toronto, Canada. In 2019, she received a postgraduate certificate in Human Resources Management from George Brown College in Toronto, Canada.
A childhood picture of Rinni Sharma

She belongs to a Hindu Brahmin family.

In 2017, she made her acting debut with YouTuber Shivam Sharma’s web series titled Meri IIT Vali Girlfriend in which she appeared as the lead actress.
Poster of the web series Meri IIT Vali G.f (2021)
In 2020, she appeared in a web series titled Lockdown with my Crush- season 1 & season 2.
Poster of the Hindi web series Lockdown with my Crush- season 2 (2021)
She was featured in the Amazon miniTV series Trust Issues, which premiered on 6 January 2023.
Poster of Hindi miniTV series Trust Issues (2023)