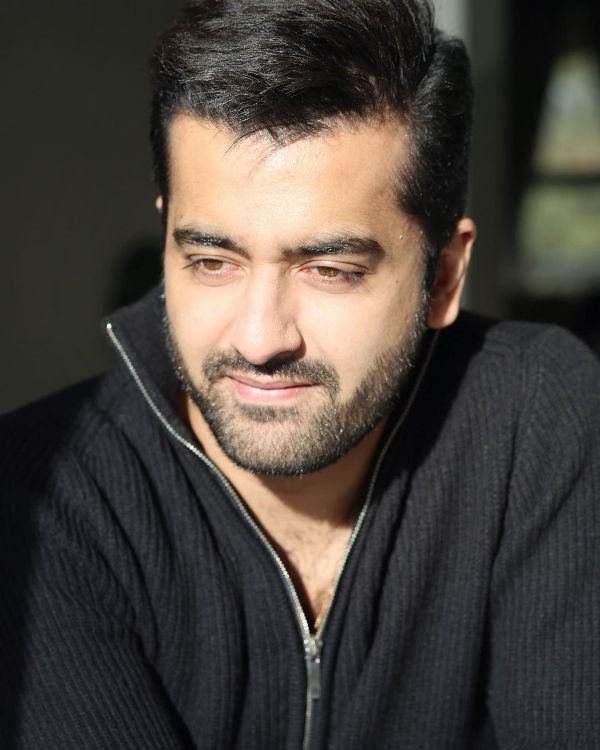 Saim Sadiq was born on Thursday, 28 March 1991 (age 31 years; as of 2022) in Lahore, Punjab Province, Pakistan. In 2010, after completing his schooling at Saint Mary’s Academy in Pakistan, Saim Sadiq enrolled at the Lahore University of Management Sciences (LUMS), where he earned a degree in BSc (Honours) Anthropology/Sociology. According to Saim, he did not pay attention to his studies during graduation but managed to secure a GPA of 3.1. While talking about it in a Facebook post, he said,
At LUMS, I genuinely did not give a shit about my academics at all. I somehow managed a 3.1, bunked classes, travelled to seven different countries, made a risky documentary about blasphemy laws for my SPROJ, won Model UN awards, organized an international student conference, failed quizzes, laughed them off, and made friends who genuinely matter to me. And in all this imperfection, I lived the most regretless experience of my life.”
After graduating from LUMS, in 2014, Saim Sadiq enrolled at Columbia University School of the Arts. There, he pursued a master’s degree in fine arts in Film Direction/Screenwriting. He graduated from Columbia University School of the Arts in 2019.

As of November 2022, Saim Sadiq is unmarried.

While studying at the Lahore University of Management Sciences (LUMS), Saim Sadiq produced several documentaries on religious minorities and children living in Pakistan. His documentaries were not only aired on different Pakistani channels but also on the BBC. In 2014, Saim Sadiq produced a documentary film named Stepmotherland, which was a documentary based on the Blasphemy laws of Pakistan. In the same year, he co-directed a Pakistani music video titled Kithay Nain Na Jorin.

On 23 May 2022, the film premiered at the Cannes Film Festival, where it was shortlisted for Un Certain Regard, a section of the Cannes Film Festival’s official selection, and competed for the Caméra d’Or. Joyland became the first Pakistani film to make its way to the Cannes Film Festival. The film also received a standing ovation from the crowd. The film made it to the Toronto International Film Festival (TIFF), where it was featured in the Special Presentations section on 8 September 2022.
Saim Sadiq at Toronto International Film Festival (TIFF)
On 6 October 2022, at the 27th Busan International Film Festival, Joyland was featured in the “A Window on Asian Cinema” section. In November 2022, the Pakistani government banned the film, which was slated to be released on 18 November 2022. The film was cleared to be released in Pakistan after receiving an “A” certification from Pakistan’s central and provincial censor boards. On 11 November 2022, Pakistan’s Pakistan’s Ministry of Information and Broadcasting banned the film after a religious political party leader filed a complaint about the film. In its notification, the Ministry of Information and Broadcasting said,
Written complaints were received that the film contains highly objectionable material which do not conform with the social values and moral standards of our society and is clearly repugnant to the norms of ‘decency and morality’ as laid down in the Section 9 of the Motion Picture Ordinance, 1979,” the order states. “Now, therefore, in exercise of the powers conferred by Section 9(2) (a) of the said Ordinance and after conducting a comprehensive inquiry, the Federal Government declares the feature film titled ‘Joyland’ as an uncertified film for the whole of Pakistan in the cinemas which fall under the jurisdiction of CBFC with immediate effect.”
Certificate that was issued to Joyland by the Censor Board of Sindh Province
Saim Sadiq called the decision of the government unconstitutional. The Ministry of Information and Broadcasting, however, reversed its earlier made decision on 16 December 2022, clearing the film for release in Pakistan after censoring a few scenes. The film was released in Pakistan on 18 November 2022. As of November 2022, Joyland has won the Un Certain Regard Jury Prize and the Queer Palm Award at the Cannes Film Festival, winner in the Best Film From The Subcontinent category at the Indian Film Festival of Melbourne, the Sutherland Award – Honourable Mention at the London Film Festival, the Young Cinema Award at the Asia Pacific Screen Awards (APSA), and the Golden Pram award for the Best Feature Film at the Zagreb Film Festival. In September 2022, the Pakistani Academy Selection Committee (PASC) chose Joyland as Pakistan’s official submission for the 95th Academy Awards (Oscars).