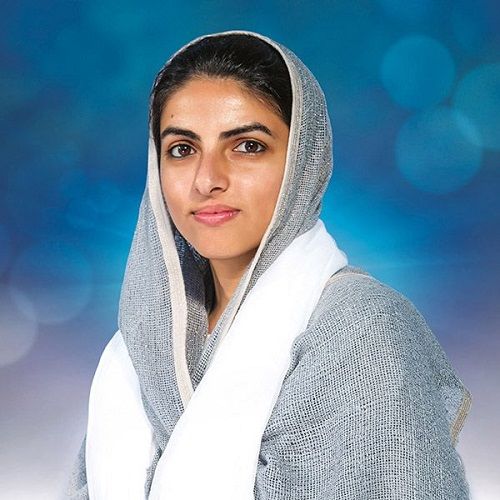 Satguru Mata Sudiksha Nirankari is an Indian spiritual leader who was appointed as the 6th head of the Nirankari Mission on 16 July 2018. The organisation was earlier headed by her father Baba Hardev Singh Ji, who died in a car accident on 13 May 2016.

Satguru Mata Sudiksha Nirankari was born on Wednesday, 13 March 1985 (age 37 years; as of 2022) in Sant Nirankari Colony, Delhi. Her zodiac sign is Pisces.
Satguru Mata Sudiksha’s childhood picture with her parents and sisters
She did her schooling at Mater Dei School, Delhi. She pursued Bachelor in Psychology (Hons) at Amity University, Noida, Uttar Pradesh.

Satguru Mata Sudiksha belongs to a family of spiritual people.

After, the demise of her father on 13 May 2016, her mother became the 5th Head of the Nirankari Mission. The news of Sudiksha becoming the head was confirmed by the then mission’s member in charge, Kirpa Sagar. On 16 July 2018, Sudiksha’s mother handed over the responsibilities as head of the Nirankari Mission to Sudiksha as her mother was not able to handle the responsibilities due to her deteriorating health. In a conversation with a  media person, Kirpa said,
As desired and blessed by the present Nirankari Satguru Mata Savinder Hardev Ji Maharaj, Holy Sister Sudiksha Ji has been declared as Nirankari Satguru and the spiritual head of the Sant Nirankari Mission from today.”

Since then, she attends various Nirankari samagams as a preacher. She has been actively working to spread the message of the Nirankari mission in India and abroad. From 30 June 2018 to 1 July 2018, under her leadership, a spiritual summit Nirankari Spiritual Summit was organised in Houston, Texas. In 2019, she attended a three-day Nirankari Youth Symposium in the UK. She is actively involved in various social services. She has organised various blood donation camps and tree planting camps. She has also started a video program ‘Kids Divine’ for spreading spiritual awareness among kids.