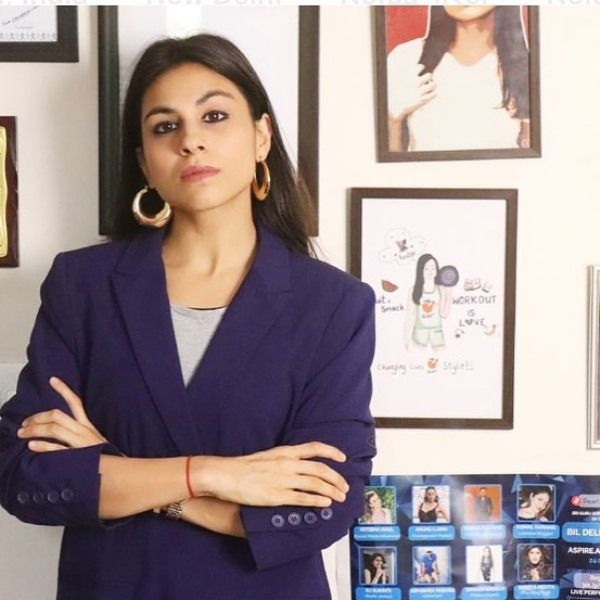 Simran Khosla is an Indian fitness blogger, lifestyle coach, and nutrition coach. She is the founder-CEO of the nutrition-fitness company Butt Like An Apricot.

Simran Khosla was born on Thursday, 9 September 1993 in Delhi, India. Her zodiac sign is Virgo. She was a bright student at her school; however, due to a mishappening in the family, she scored only 78% in the 12th exams. She wanted to study law and gave many Law entrance exams, which she could not qualify. She decided to do CA as the minimum marks required were 60%. She got 37% marks on her first attempt and passed all exams. She appeared for second-level exams which she could not qualify. She worked at a Tally and Balance sheet firm for a brief period of time. She was a CFA Level II candidate but quit the CA due to her poor experience in the articleship. She became depressed and joined a gym in 2016 after 8 months of depression. She started liking the workouts and started going to the gym regularly. She soon became a nutritionist, Zumba instructor, workout trainer, lifestyle coach, and marathoner. She has run in several half-marathons.
Simran Khosla during her childhood

Her father’s name is Rajesh Khosla, and her mother’s name is Jyoti Khosla. Her father is a businessman and her mother is a member of the Indian Legal Association, Uttar Pradesh. She has a brother Aayush Khosla who is also a marathoner and her sister’s name is Tanima Khosla who is a fashion stylist and content manager for Nyka Fashions.
Simran Khosla, her father Rajesh Khosla, sister Tanima Khosla, brother Aayush Khosla (left to right) and mother Jyoti Khosla (sitting)

She got married to Unmukt Chand on 21 November 2021 after a 3 years relationship. Unmukt was the captain of the Under-19 Cricket team which won the Under-19 World cup in 2012 and plays in the USA and Big Bash League. She has no children.
Simran Khosla with her husband Unmukt Chand

She formed the fitness company Butt Like An Apricot (BLAP) in April 2016 and has given nutrition advice to over 3000 people from all over the world. She sponsored the biggest fest of Tecnia University, Delhi in 2018. She received her official level – 1 Zumba instructor certification on 20 January 2018. She conducted 2 sessions for LBB (Little Black Book), Delhi at Delhi Rock in 2018. She did a seminar on workouts with any equipment at Barcos International in 2019. She conducted fitness webinars for Kearney and the CFA Institute of India in 2020. She has given nutrition advice to sportspersons including Unmukt Chand, an Indian Under-19 ICC World Cup winning cricketer in 2012 and Aryan Juyal, an Under-23 Indian cricketer, and Vimal Chandra Punera who is an Indian flyweight professional boxer. She has given diet advice to Bollywood personalities including actor Anant Vidhaant who has worked in movies like Gunday, Sultaan, Mardani, and Tiger Zinda Hai, and director Vinod Kapri, who has directed Pihu and Miss Tanakpur Hazir Ho. She also trained celebrities in fitness programs organized by Fitzup ( a nutrition company based in Mumbai) at Tala, Maharashtra, and in Westin, Pushkar, Rajasthan.
Simran Khosla’s Zumba instructor certification