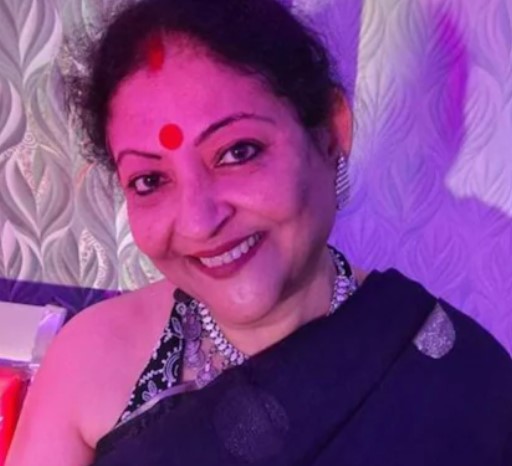 Sonali Chakraborty (1963 – 2022) was an Indian actress. She worked primarily in the Bangla television and film industry. She was suffering from a prolonged liver ailment and died on 31 October 2022 at a private hospital in Kolkata.

Sonali Chakraborty is known for appearing in many Bangla television serials including Choker Bali: A Passion Play in 2003 and Satyameba Jayate in 2008.
The poster of the film Choker Bali – A Passion Play
Sonali Chakraborty worked in the television serial Gaatchora starring Solanki Roy and Gaourab Chatterjee in lead roles in 2021. Gaatchora was her last working project.

On 31 October 2022, she died in Kolkata, West Bengal at a private hospital after suffering from a prolonged illness. Mamata Banerjee, the Chief Minister of Bengal, penned an emotional note over her death soon after Sonali’s death. Mamata Banerjee wrote consoled the suffering family through one of her social media accounts.
West Bengal CM Mamata Banerjee took to Facebook and paid tribute to the late veteran actress Sonali Chakraborty