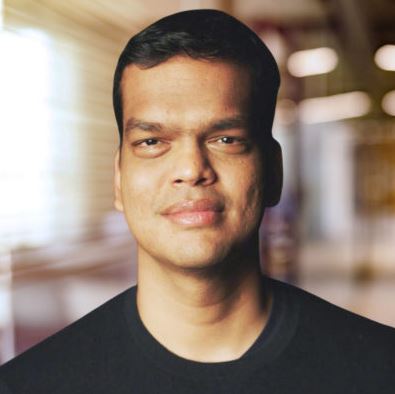 Sriram Krishnan is an American software engineer and technologist of Indian origin. As of 2022, he is an investor and partner at the venture capital firm Andreessen Horowitz. He came into the spotlight after his tweet about ‘temporarily helping Elon Musk with Twitter’ (after Musk acquired Twitter in October 2022) went viral on social media.

Sriram Krishnan was born on Friday, 13 September 1985 (age 37 years; as of 2022) in Chennai, Tamil Nadu, India. His zodiac sign is Virgo.
Sriram Krishnan with his father in childhood
He did his schooling at Sir M Venkatasubba Rao Matriculation Higher Secondary School, T. Nagar, Chennai. While growing up, Krishnan desired to become a writer. After completing his schooling, he enrolled himself at SRM Engineering College, Anna University, to pursue a BTech in Information Technology (2001-2005). After, completing his graduation, he moved to the US and later got settled in San Francisco, California.

Sriram belongs to a middle-class family from Chennai.

Sriram’s father used to work with an insurance firm and his mother was a homemaker.

Sriram Krishnan met (virtually) his wife Aarthi Ramamurthy for the first time during a Yahoo! chatroom set up for a coding project. In 2003, they met in person, at SRM Engineering College; They both were studying software engineering at that time. They initially became friends and started dating each other in 2006.

Sriram Krishnan started his career in 2005 at Microsoft, Redmond, Washington, as a program manager for Visual Studio. At Microsoft, most of his work was for the Windows Azure division, working on various APIs/services. He worked there for around 6 years and resigned from his post in May 2011. In 2013, he joined Facebook (now Meta) as a program manager and worked on Facebook Audience Network, a competitive platform for Google’s ad technologies, creating mobile ad products, which later turned into one of the largest networks in display advertising. From 2016 to 2017, Sriram held a managerial post at Snap Inc., leading various revenue product and monetization efforts. He has also worked at Yahoo! for some time.
Sriram Krishnan at TechCrunch 2017
In 2017, he joined the microblogging and social networking company Twitter as senior director of product. As a part of his job at Twitter, Sriram helped develop a core user experience by redesigning the home page. Working on the main timeline of Twitter, Sriram was responsible for building new UI for the platform, search and audience growth among other things. He has also made several investments and acted as an advisor to many companies including Figma, Notion, Cameo, Coda, VSCO, Scale.ai, SpaceX, CRED, and Khatabook. In 2021, Sriram joined Silicon Valley venture capitalist firm Andreesen Horowitz (also known as a16z) as a general partner; Andreesen Horowitz is a major investor in Clubhouse, a social audio app. The company also invested in Musk’s buyout of Twitter. Krishnan serves on the boards of companies like Bitski, Hopin, and Polywork. He also hosts a podcast named The Good Time Show with his wife Aarthi Ramamurthy. In the show, he talks about tech and crypto and hosts interesting conversations with his guests which generally include innovators around tech and culture. On the show, Sriram has invited notable personalities like Elon Musk, Mark Zuckerberg, Kanye West, and Calvin Harris. The Good Time Show was earlier featured on Clubhouse, a social media app, and later, was shifted to YouTube.
Sriram Krishnan hosting The Good Time Show along with his wife
In 2022, Sriram helped Elon Musk revamp Twitter, after Musk’s acquisition of the microblogging platform. Krishnan confirmed that he was helping Musk with Twitter through a tweet which said,
Now that the word is out: I’m helping out @elonmusk with Twitter temporarily with some other great people. I ( and a16z) believe this is a hugely important company and can have great impact on the world and Elon is the person to make it happen.”
In his tweet, he also shared a picture showing an inside view of the Twitter office in San Francisco.
Sriram Krishnan’s tweet about helping Elon Musk revamp Twitter