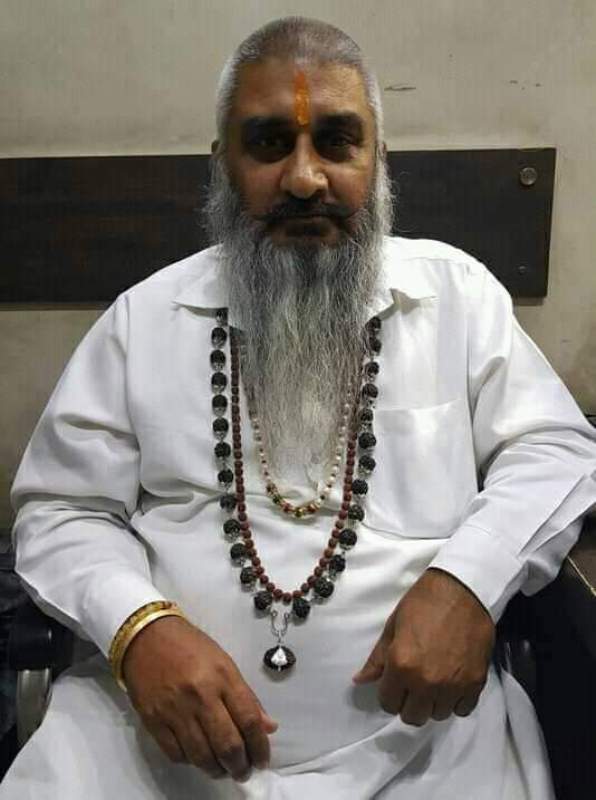 Sudhir Suri (1964-2022) was a Hindutva right-wing leader. Sudhir, the leader of the Hindu Shiv Sena, was shot dead at point black range during a sit-in protest in Amritsar, Punjab.

Sudhir Suri belonged to a Sikh family in Amritsar, Punjab.

There is not much information about his parents and siblings.

His son’s name is Paras.

Sudhir Kumar Suri joined the Hindu Shiv Sena (Punjab) and serves as the leader of the fundamentalist group.

Reportedly in April 2020, Sudhir Suri was booked by the Amristar rural police for his objectionable comments against the Tablighi Jamaat community. After nearly three months, the Punjab Police arrested Sudhir Suri from Indore, Madhya Pradesh, over an offensive video clip which was denigrating women and instigating animosity between two groups. Suri, however, denied the allegations. In July 2021, Suri was booked for the third time for allegedly sharing a video on social media, delivering words against a particular community.

Shot By a Shopkeeper During a Protest on Majitha Road, Amritsar, Punjab

Reportedly, Shiv Sena leader Sudhir Suri, in presence of local police and Punjab Police personnel, was shot dead in Amritsar, Punjab, on 4 November 2022 (Friday) while he was taking part in a protest against the management of Gopal Mandir, a temple in the area, after some posters and idols were found broken and thrown on the roadside near the temple.
Sudhir Suri during the protest in Amritsar
According to the police officials, more than five shots were fired at Sudhir. The accused identified as Sandeep Singh alias Sunny, 31, who owns a garment shop near the site, was arrested by the officials. Reportedly, the murder case was registered under section 302 at Sadar police station in Amritsar. According to some media outlets, a doctor named Ajay Sharma, present at the crime spot, mentioned that while Suri was protesting outside the temple, two men in a car, which had a sticker of “Waris Panjab De,” arrived and started firing at him; however, the police officials were successful in arresting one of them whereas the other man escaped. While explaining the crime scene to the media, Ajay Sharma said,
Shiv Sena’s Sudhir Suri was demonstrating outside the temple against garbage being dumped outside the premises. Two men came in a car and started firing at Sudhir Suri. One person has been arrested. The way they fired at him was clear that they wanted to kill him.”
Accused Sandeep Singh’s car after the attack at the crime spot