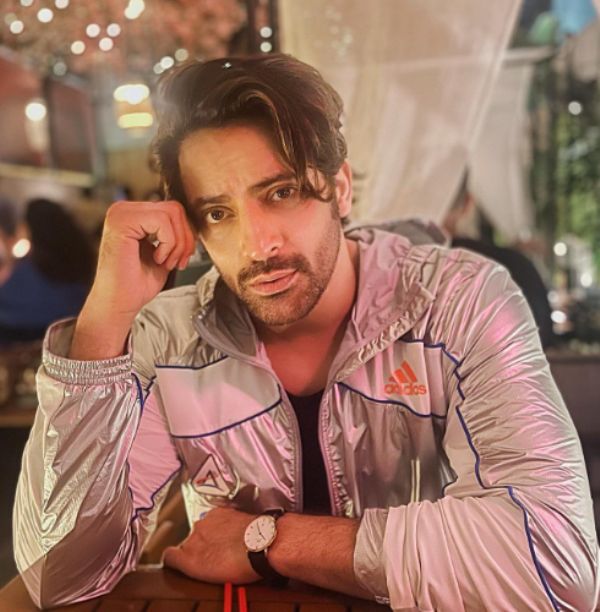 Vikas Manaktala is an Indian actor, who is best known for playing the role of Amardeep Huda in the TV series Left Right Left (2006) on SAB TV. In November 2022, he participated as a wild-card contestant in the Hindi television reality show Bigg Boss season 16 on Colors TV.

On 21 April 2015, Vikas got married to Gunjan Walia in Chandigarh.
Vikas Manaktala with his wife Gunjan Walia
In 2014, they got engaged in Delhi after being in a relationship for a few months. Gunjan was previously married to Sachin Verma, an actor, but they separated within a year of marriage in 2009.

In 2006, it was speculated that Vikas was in a relationship with his co-star, Priyanka Bassi, who played the role of Naina Singh Ahluwalia in the TV show Left Right Left. The two met on the set of the show, and reportedly, while shooting together, they started dating each other. In an interview, on being asked about his relationship with Priyanka, Vikas denied the rumours and said,
That’s not true. We are good friends and that chemistry reflects on screen.”
Vikas Manaktala with Priyanka Bassi, his rumoured girlfriend

Vikas Manaktala is a Khatri.

During his childhood, Vikas aspired to become a scientist. While studying in college, Vikas realised his passion for modelling and started his career as a model in 2002.
Vikas Manaktala while walking on the ramp during a fashion show

Reportedly, in 2006, Vikas made headlines after he constantly showed tantrums while shooting for the TV show Left Right Left on SAB TV. Some sources revealed that he had unwanted fights with his female co-stars and due to his demands and temper, the shooting was stalled on a few occasions. A source revealed that while shooting for an important sequence, the production house asked Vikas to get into a particular costume, but he refused to wear it and demanded the costume of his choice. Later, his demand was not met by the production house, and he had to shoot with the costume assigned.

Feud with the co-star Aishwarya Sakhuja

In 2014, after the show Main Naa Bhulungi went on air on Sony TV, there were reports of constant arguments between Vikas Manaktala and Aishwarya Sakhuja. As per some sources, their disputes were so intense, which made Aishwarya come up with the decision of quitting the show. Not only Aishwarya, but Vikas had issues with his other co-star, Nigaar Z Khan. A source from the set talked about his behaviour on the set and said,
For the longest time, Vikas couldn’t get work because of his attitude and unprofessionalism. One expected him to be a changed person after so many years, but in vain. He continues to throw tantrums. He tried to guide Nigaar on how to enact her scenes, which didn’t go down well with her. A couple of unit members have quit the show because of him. He is demanding to the extent that he refused to take a regular shower after shooting in the swimming pool. Instead, he halted the shoot by four hours to check out the nearby hotels for shower.”

Conflict with his co-star, Niti Taylor

Reportedly, in April 2017, Vikas got into a huge fight with his co-star, Niti Talyor, from the television show Ghulam. As per sources, Niti was not satisfied with the work of her make-up artist and Vikas agreed to share his makeup artist with Niti. However, the make-up artist attended Vikas first as the upcoming sequence was to be shot on him, Niti walked out of the set as she found it insulting. In an interview, Vikas talked about Niti’s behaviour on the sets and how it affected their shoot schedule and said,
Whatever happened shouldn’t have happened. There was no need to complicate things. I initiated a conversation with Niti the next day as I didn’t want the quality of the show to suffer. She apologised to me and also decided to render an apology to the producers.”