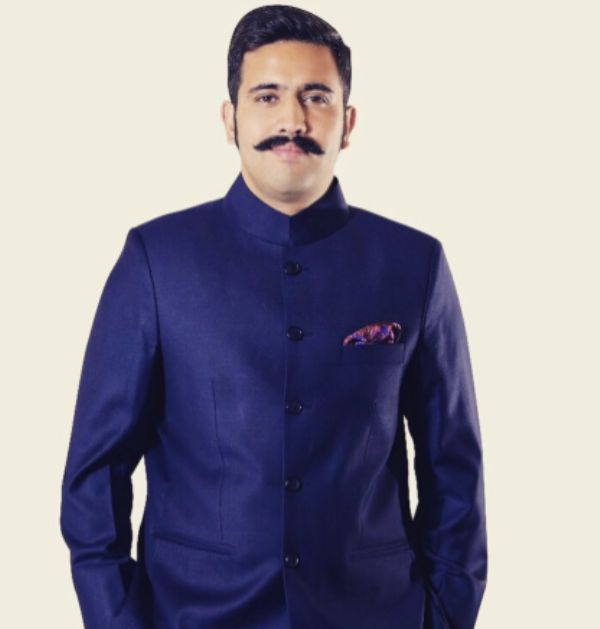 Vikramaditya Singh is an Indian politician and member of the Indian National Congress. He is the son of the former Chief Minister of Himachal Pradesh Late Virbhadra Singh, and his second wife, Pratibha Singh. In the 2022 assembly elections, he was elected as a member of the legislative assembly (MLA) from the Shimla Rural constituency of Himachal Pradesh after he defeated BJP’s candidate Ravi Mehta, by a margin of 13,860 votes.

Vikramaditya Singh was born on Tuesday, 17 October 1989 (age 33 years; as of 2022) in Shimla, Himachal Pradesh, India. His zodiac sign is Libra. He completed his schooling at the Bishop Cotton School, Shimla. Vikramaditya enrolled himself at Hansraj College, a constituent college of the University of Delhi, in New Delhi, where he earned a Bachelor of Arts degree in History (Hons.). He pursued a Master of Arts degree in History at St. Stephen’s College, New Delhi.
Childhood picture of Vikramaditya Singh

Vikramaditya Singh belongs to the royal Rajput family of the erstwhile princely state of Bushahr.

Vikramaditya’s father, Virbhadra Singh, was a politician and member of the Indian National Congress, who served six times as Chief Minister of Himachal Pradesh. On 8 July 2021, at the age of 87, Virbhadra took his last breath at the Indira Gandhi Medical College (IGMC) in Shimla after suffering from multi-organ failure. Her mother, Pratibha Singh, a politician and member of parliament from the Mandi Lok Sabha constituency, was appointed as the Chief of the Himachal Pradesh Congress Committee on 26 April 2022. Vikramaditya has a sister, Aparajita Singh, who got married to Angad Singh, grandson of Amarinder Singh, who is the former Chief Minister of Punjab.
Vikramaditya Singh with his parents, Virbhadra Singh and Pratibha Singh
Vikramaditya Singh with his sister Aparajita Singh

In March 2019, Vikramaditya got married to Sudarshana Chundawat, an interior designer, at Kanotagarh palace in Jaipur. In October, the couple got engaged in Udaipur.
Vikramaditya Singh with his wife Sudarshana Chundawat
Sudarshana belonged to the royal family of Amet in Rajasthan and is the daughter of Thakur Dheer Singh. However, they separated after a few months of marriage.

Vikramaditya Singh is a Rajput.

In 2013, Vikramaditya joined politics and became a member of the Indian National Congress. In 2013, he was elected as the state youth congress president of Himachal Pradesh. In the 2017 assembly elections, Vikramaditya contested from the Shimla Rural constituency and won the seat by defeating Bharatiya Janata Party’s (BJP) candidate Ravi Mehta by a margin of 13,860 votes. In 2022, he contested from the same constituency and won by defeating BJP’s candidate Dr Pramod Sharma by a margin of 4880 votes.

On 23 September 2015, an FIR was registered against the then Chief Minister Virbhadra Singh, his son, Vikramaditya Singh, his wife, Pratibha Singh, and his daughter, Aprajita Singh, under the Prevention of Corruption Act, where they were accused of accumulating disproportionate assets of over Rs 10 crores while Virbhadra Singh served his tenure as the Union Minister during the period from 2009-2012 in the UPA government. The charges were framed against Pratibha Singh, his wife, and seven other associates for allegedly encouraging the crime. The charge sheet filed by the Central Bureau of Investigation (CBI) accused them of cheating and forgery charges as they invested the unaccounted funds in LIC policies under the name of family members, tried to evade income tax, and claimed the funds as agricultural income earned from the sale proceeds of apples. They were booked under sections 109 (abetment) and 465 (punishment for forgery) of the Indian Penal Code (IPC) and Prevention of Corruption Act (PCA).

On 17 October 2022, Vikramaditya’s wife, Sudarshana Chundawat, filed a case against him under section 12 of the Domestic Violence Act and accused him of mental and physical abuse and financial exploitation. In December 2022, a non-bailable warrant was issued against Vikramaditya and his mother, Pratibha Singh by a Rajasthan court after Vikramaditya Singh’s wife, Sudarshana Chundawat, filed a complaint against them in which she accused them of domestic violence following which the court of Additional Chief Judicial Magistrate Udaipur issued non-bailable warrants to husband Vikramaditya Singh, mother-in-law Pratibha Singh, sister-in-law Aparajita Singh, Nandoi Angad Singh, and Chandigarh resident Amreen.

Note: The given estimates of movable and immovable assets are according to the year 2022. It excludes the assets owned by his wife and dependents (minor).