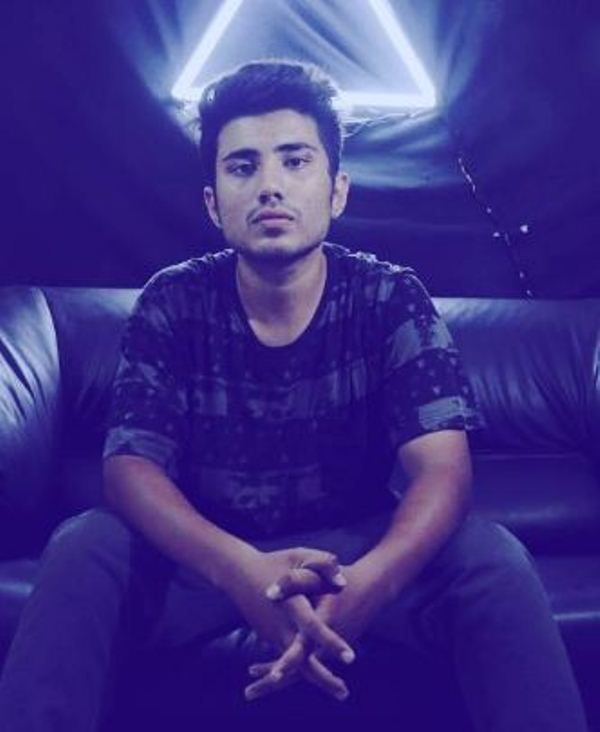 Abhijay Negi is an Indian rapper known by his stage name ‘Encore ABJ.’ He is the other half in the duet ‘Seedhe Maut.’

He has a sister named Apoorva Negi.
Abhijay Negi (Encore ABJ) with his family

Abhijay Negi (Encore ABJ) started rapping while pursuing his graduation. In 2014, he created his own YouTube channel and uploaded his first song ‘Teen Baat.’ In 2015, he released his second song ‘Painting a Picture: Bhed Ya Bhediya.’ Some other songs on his YouTube channel include ‘Dilli Darshan’ (2015), ‘HI RAM’ (2018), and ‘Ghar Pe Raho’ (2020) which he made into the vogue of Coronavirus and urge the listener to stay at home. In June 2016, he released the first song titled ‘SUNNO’ from the mixtape ‘REHEARSAL.’
Poster of the song ‘Sunno’
In October 2017, his track ‘Drifting’ was released which was a collaboration work with Yungsta and Frappe Ash.
Poster of the track ‘Drifting’

The Delhi-based hip-hop stars Abhijay Negi (Encore) and Siddhant Sharma (Calm) formed their duo “Seedhe Maut” in 2016. The duo touched on issues like politics, Indian society, romance, and the education system in their hip-hop tracks.
Abhijay Negi (Encore ABJ) with Siddhant Sharma (Calm)
In September 2016, the duo joined YouTube and released their debut mixtape “2 Ka Pahada,” which includes seven tracks including ‘Seedhe Maut Anthem,’ ‘Royalty,’ ‘Classsikh Maut,’ and ‘Hanging On.’
Album cover of ‘2 Ka Pahada’
After the release of their debut mixtape, the duo signed with an independent record label, Azadi Records in 2018 and released hit singles such as ‘Kranti’ (2018), ‘101’ (2019), ‘Dum Pishaach’ (2020), and ‘Do Guna’ (2020).
Poster of the song ‘101’
Seedhe Maut released their debut album “Bayaan,” produced by ‘Sez on the Beat’ (music producer) in 2018, which includes twelve tracks, and the most notable of them include ‘Shaktimaan,’ ‘Meri Baggi,’ ‘Pankh,’ and ‘Kyn.’ The album was based on the life journey of the rappers.
Album cover of ‘Bayaan’
In 2021, the duo released another album “न,” consisting of ten tracks including ‘Namastute,’ ‘Naamcheen,’ ‘Nadaan,’ and ‘Natkhat.’ In 2022, the crew released their album “Nayaab” in collaboration with ‘Sez On The Beat,’ comprising 17 tracks. Some of the album’s most notable tracks include ‘Toh Kya,’ ‘Anaadi,’ ‘Maina,’ ‘GODKODE,’ ‘Batti,’ and ‘Teen Dost.’ According to the rappers, the album “Nayaab” is all about their life after the release of their debut album “Bayaan.”
Album cover of ‘Nayaab’
The duo made their guest appearance in the show “Hustle 2.0” in 2022. They also hosted the show “Red Bull Spotlight” in the same year. In 2023, Seedhe Maut was seen performing in the show Bigg Boss 16, at a live concert along with the popular rapper MC Stan and Ikka.