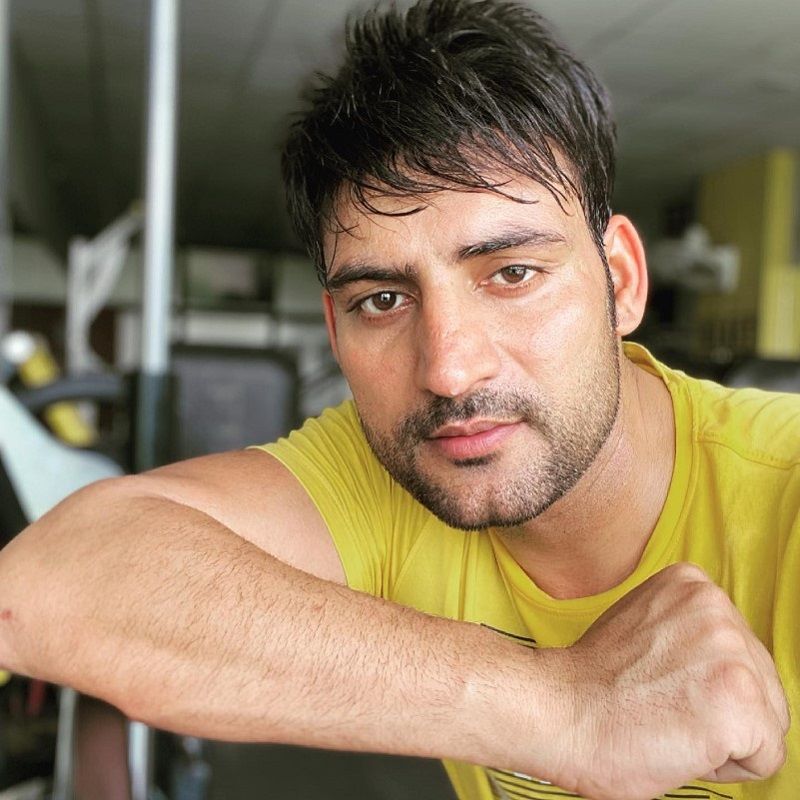 Ajay Hooda is an Indian singer and model who is popular for singing Haryanavi songs. He has sung popular songs like Kamar Teri Left Right Hale (2022), Solid Body (2022), and Taagdi (2022).

Ajay Hooda was born on Tuesday, 6 October 1981 (age 41 years; as of 2023) in Khilwadi, Rohtak, Haryana. His zodiac sign is Libra. He pursued his graduation at Chaudhary Charan Singh University, Meerut and a doctorate degree at International Internship University.
Ajay Hooda with his doctorate degree

The name of his wife is not known. His son’s name is Aryan.
Ajay Hooda with his son

He made his acting debut with the Punjabi film Parahuna 2 (2022).
Poster of the film ‘Parahuna 2’

In 2021, Ajay attracted controversy when Delhi Police filed a case against Ajay for singing a controversial song on the farmer’s movement. Ajay talked about this in a video he posted on Facebook and said,
If there is one FIR against me, the Farmers Protest gets enthusiasm, then even if there are 10 such FIRs, it is not a bad thing. I will not go on the backfoot till my last breath. I will not back down until the farmer’s movement ends. This is a battle of crops and breeds. Till the government’s bill is not returned, the farmers will not return home.”