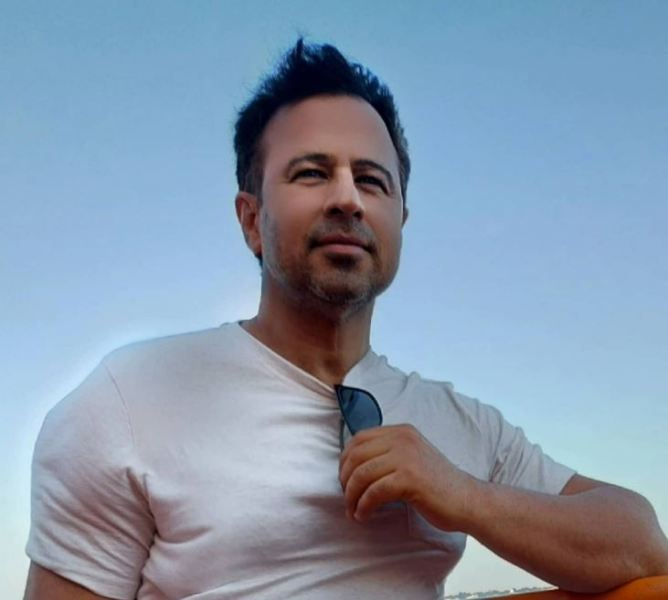 Aryan Vaid is an Indian model turned actor who predominantly works in the Bollywood film industry. He earned the title of Mr International World in 2000.

Aryan Vaid was born on Sunday, 4 July 1976 (age 46 years; as of 2022) in Bombay, Maharashtra. He grew up in Mumbai. He studied at Rose Manor Garden School in Santacruz (West), Mumbai. He graduated from Mithibai College, Mumbai, and later pursued a three-year catering course at Dadar Catering College, Mumbai.
Aryan Vaid in his youth

There is not much information about his parents.
Aryan Vaid’s parents
He has three sisters – Meena, wife of Indian music composer Lalit Pandit, Sheetal, and Poonam (jewellery designer).

In 2008, Aryan Vaid married an American photographer Alexandra Copley. The couple divorced in 2018.
Aryan Vaid with his ex-wife, Alexandra Copley
On 29 October 2022, Aryan married Erin Anne Warren, an American realtor. The duo tied the knot at the Hyatt Regency Clearwater Beach Resort and Spa in Florida. According to some sources, Aryan Vaid and Arin met at a friend’s party three years back and were dating since then.
Aryan Vaid with his wife, Erin Anne Warren

Aryan Vaid started his career as a model. He participated in many beauty pageant contests and appeared in fashion shows.
Aryan Vaid – appeared as a model on Fashion TV
Aryan Vaid on the runway

In 2001, Aryan Vaid made his first appearance in a Hindi language short film ‘Aisa Koi Zindagi Se Vada.’ Aryan Vaid played different roles in many other short films including ‘Bin Tere Sanam’ (2004), ‘Life of Big T’ (2017), and many more.

Aryan Vaid appeared on television for the first time as one of the contestants on an Indian reality show ‘Big Boss Season 1,’ aired on Sony Entertainment Television in 2006. In 2013, he appeared in another Indian reality show, broadcasted on channel Life OK ‘Welcome – Baazi Mehmaan Nawazi Ki,’ an adaption of the international series “Come Dine With Me.”
Aryan Vaid in ‘Big Boss Season 1’ (2006)

In 2008, Aryan Vaid was portrayed as ‘Duryodhan’ in an Indian mythological television drama series – aired on channel 9X – “Kahaani Hamaaray Mahaabhaarat Ki.” He appeared in other television series and played different roles such as ‘Harvinder’ in “Rab Se Sohna Ishq” (2013), ‘Kabir’ in “Udaan” (2014), and many more.
Aryan Vaid in ‘Kahaani Hamaaray Mahaabhaarat Ki’ as Duryodhan
Aryan Vaid in ‘Udaan’ (2014) as Kabir

Fight with a Traffic Police Constable

Reportedly, Aryan Vaid got into an argument with a traffic police constable named Satish Mhatre in 2015 for being asked to take a breathalyser test in a twice-used kit tube. According to the sources, Aryan’s car was stopped by the traffic police at Juhu circle around 11.30 pm on Sunday, 30 May 2015, and he was asked to take a breathalyser test. Vaid, however, requested the constable to provide a new kit tube over hygiene concerns. The officials claimed that there were no new tubes available at that time. The video of the argument was shared by Aryan on the media. Aryan Vaid, on 1 June 2015, filed a complaint against the police constable, claiming that he was forced to take the breathalyser test in a used kit and was verbally abused by the constable. Following the FIR by Aryan Vaid, Satish Mhatre also filed a complaint against Aryan for getting into an argument and using abusive language with him. The – then Joint Police Commissioner (traffic) Milind Bharambe defended Mhatre and said that Aryan stretched out the matter even after being told that the kit was clean. Milind Bharambe said,
There have been cases where the pipe, which costs Rs 4, was not changed. I have instructed all traffic divisions to use new pipes. But Vaid’s case is different. He knew he was not driving under the influence and still got into an argument with the constable and used abusive language. The constable told him that the pipe was clean, but Vaid did not listen and escalated the matter.”
Following the matter, NCP legislator Rahul Narvekar wrote to the chief minister demanding guidelines on the proper use of the breathalyser kit.