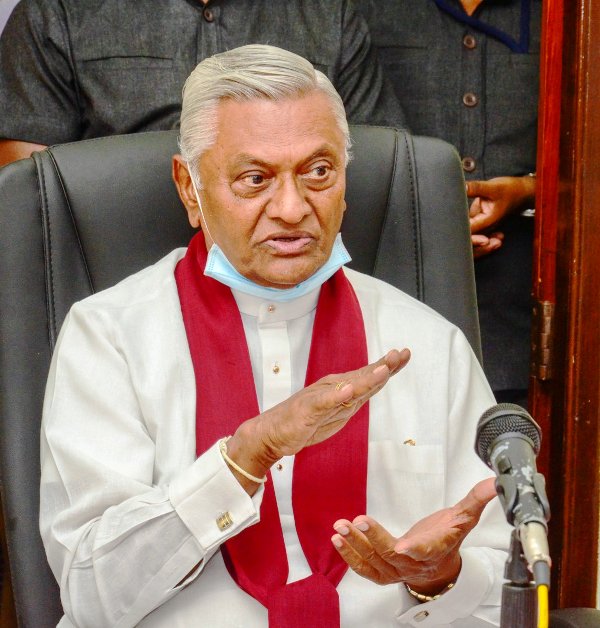 Chamal Rajapaksa is a Sri Lankan politician and a former parliamentarian who is known to be the elder brother of Gotabaya Rajapaksa and Mahinda Rajapaksa.

His wife’s name is Chandra Malani Rajapaksa. The couple got married to each other in 1975. His elder son, Shasheendra Rajapaksa, was the Chief Minister of Uva Province and the custodian of Katharagama Sri Skandakumara Maha Devalaya. His younger son’s name is Shamindra Rajapaksa.
A photo of Chamal Rajapaksa (sitting on the left) his with wife and sons

Chamal Rajapaksa joined the Ceylon Police in 1964 as a Sub-Inspector. He served with the police force for more than eight years. As a police officer, Chamal served as the bodyguard of Sirimavo Bandaranaike, the world’s first female President. In 1972, Chamal left the police force and joined the State Trading General Corporation (STGC). He left the corporation in 1985 as the Assistant General Manager.