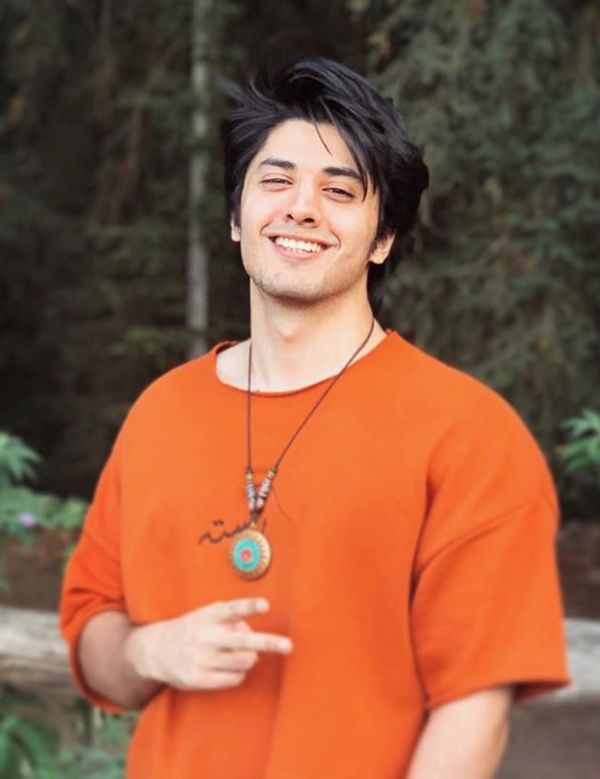 Danyal Zafar is a Pakistani musician, actor and model. He is the younger brother of Ali Zafar. Like his elder brother Ali, Danyal is also a multitalented personality. He has had a keen interest in music since childhood and started it at a very young age of 14, playing and recording guitar for the songs of his elder brother Ali Zafar. Danyal made his first appearance as a singer in a duet song “Muntazir” with Momina Mustehsan on Coke Studio Season 10 in 2017.

Danyal Zafar was born on December 12, 1996 ( 25 years; as of 2022) in Lahore, Pakistan. He did his schooling at Lahore Grammar School, Lahore Cantt. And then, he went to Beaconhouse Defence Campus, in Karachi and completed his studies till O and A level graduation there. After a gap of two years, for some film projects, he attended the New York Film Academy in Los Angeles to pursue one year course in filmmaking. In one of his interviews, he talked that even being excellent in his studies, he didn’t continue his studies but went to chase his dream in the music industry.
I just completed first year of my Bachelors from University of London!”
A childhood image of Danyal Zafar

Danyal Zafar belongs to a Punjabi family in Lahore, Pakistan.

Danyal made his debut as a singer in a duet song “Muntazir” (2017)  with Momina Mustehsan on Coke Studio Season 10.
Poster of the 2017 song ‘Muntazir’
Though he started music at a very young age of 14 and worked on various music projects with his elder brother, Ali Zafar, who is a well-known actor and singer. He played and recorded the guitar for his songs. He has contributed as a guitarist and vocalist in Ali Zafar’s Bollywood film “London Paris New York” (2012). In 2017, he performed on Ali Zafar’s song  “Julie” as a guitarist for Coke Studio Season 10. He has also accompanied Ali Zafar as a music director for his Pakistani film “Teefa in Trouble” (2018).
Poster for Danyal Zafar’s Album ‘Blue Butterfly’
With his album “Blue Butterfly”, he made his international debut. Some of the songs included in this album are “Blue Butterfly”, “Faces in the Rain”, “Take it Slow” and “So Long, Goodbye”.

Danyal kick-off his acting career with a short film, “The Time Machine” (2014). Later he performed in his music album “Blue Butterfly” (2019). He has also played the character of Zain in a  Pakistani rom-com drama “Tanaa Banaa” (2021), opposite Alizeh Shah, broadcasted by HUM TV. Besides film and television, Danyal has also acted in a Web Series named “Baarwan Khiladi” (2022), telecasted on the OTT platform Tapmad TV.
Poster for Danyal Zafar’s Debut Drama ‘Tanaa Banaa’

Criticised for his song “Blue Butterfly

In reaction to his song “Blue Butterfly”, many Pakistani showed their anger and criticised his song. Being sceptical about his religious beliefs, they were enraged at the execution of western culture in it.

According to an estimation made from some public information, Danyal Zafar earns approx. $155K – $278.9K per year.