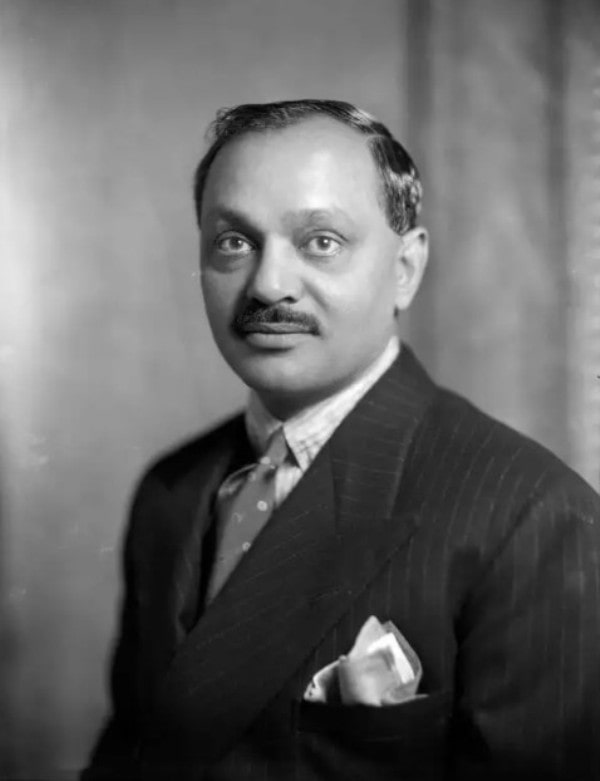 Digvijaysinhji Ranjitsinhji Jadeja (1895 – 1966) was the 20th Maharaja of the princely state of Nawanagar (now Jamnagar), a retired officer of the British Indian Army, and a cricketer. He is known for giving refuge to one thousand Polish kids and their mothers in 1942 during the Second World War. He died in 1966 at the age of 70.

Digvijaysinhji Ranjitsinhji Jadeja was born as Digvijaysinhji Juwansinhji on Wednesday, 18 September 1895 (age 70 years; at the time of death) in Sadodar, the Princely State of Nawanagar, Kathiawar, British India (now Jamnagar, Gujarat, India). After completing his early schooling at Rajkumar College in Rajkot, he enrolled at a boarding school named Malvern College in Worcestershire, England. Later, he pursued higher education at the University College London.

Digvijaysinhji Ranjitsinhji Jadeja belonged to the family of the Jadeja Rajput family from Gujarat.

His wife, Gulab Kunverba, was the Maharani of Nawanagar. The couple got married to each other on 7 March 1935. She died in 1994.
A photo of Gulab Kunverba
His son, Shatrusalyasinhji Digvijaysinhji Jadeja, became the 21st Maharaja Jam Saheb of Nawanagar (now Jamnagar) in 1966.
Shatrusalyasinhji Digvijaysinhji Jadeja with Prime Minister Narendra Modi
He has three daughters named Harshad Kumari Sharma (deceased), Mukund Kunverba, and Himanshu Kumari.
Harshad Kumari, daughter of Digvijay

After completing his formal education, Digvijaysinhji Ranjitsinhji Jadeja joined the British Indian Army as a Second Lieutenant in 1919. He was sent to the 125th Napier’s Rifles, which is now known as the 5th Battalion of the Rajputana Rifles, in 1920. Later, he was sent to Egypt as a part of the British Indian Army’s Egyptian Expeditionary Force. In 1921, he received a promotion and became a Lieutenant. In 1922, he was deployed to Waziristan (now in Pakistan) as a part of the Waziristan Field Force. He served there till 1924. He became a Captain in 1929 and left the British Indian Army in 1931. Despite retiring from active service, Digvijaysinhji received honourary promotions, and by 1947, he had become a Lieutenant General.
Digvijaysinhji in his military uniform

Before passing, Ranjitsinhji Vibhaji II, the ruler of Nawanagar, nominated Digvijaysinhji Ranjitsinhji Jadeja as the heir to the throne. On 2 April 1933, after Ranjitsinhji died, he became the Maharaja of Nawanagar. Digvijaysinhji continued his predecessor’s economic, educational, and welfare policies. In 1937, he became the President of the Chamber of Princes, which was established in 1920 by King George V. He remained the President of the chamber till 1943. From 1939 till his death, Digvijaysinhji was the President of the Governing Council of the Rajkumar College in Rajkot. When the Second World War began in 1939, he not only served as a member of the Imperial War Cabinet and the National Defence Council but also the Pacific War Council. After India attained freedom from British rule in 1947, Digvijaysinhji became one of the first rulers of a princely state to sign the instrument of accession and become a part of India. The Government of India gave the administrative title of Rajpramukh to him in the same year. In 1946, Nawanagar became a part of Saurashtra. He continued to serve as the Rajpramukh till the government abolished the title in 1956.
Digvijaysinhji as Maharaja of Nawanagar

Shelter for the Polish refugees

In 1939, Germany attacked and invaded Poland. During the initial phase of the war, USSR supported Germany and aided them militarily. Many Polish citizens were captured by the Russians and sent to the USSR as forced labour. In 1942, USSR allowed the exodus of the captured Poles on a ship to different countries when Germany invaded the USSR. Before reaching the port of Bombay, the Poles were denied entry into several countries in Europe and Iran. When the ship reached Bombay, the Governor of the Bombay Presidency did not allow the refugees to enter. Despite repeated requests from Digvijaysinhji, the British authorities did not allow the ship to dock in Bombay. Later, he ordered the ship to dock at Rosi Port at Nawanagar (now in Jamnagar). He ordered the construction of refugee camps in Balachadi (near Jamnagar), Valivade (near Kolhapur), and Panchgani, where more than a thousand children and their mothers were housed till the end of the Second World War. He also established a camp at Chela, Punjab with the help of the Maharaja of Patiala. To build the refugee camp in Balachadi, Digvijaysinhji managed to raise Rs 6,00,000. The camps that he constructed had a sports ground, a chapel, laundry rooms, and a stage to hold Polish cultural programmes.
Polish kids in Digvijaysinhji’s refugee camp in India
When the British government protested his decision, Digvijaysinhji told the authorities that the responsibility of the refugees lay on him. Reportedly, he provided education, food, and other types of amenities to the Poles in the camp. He also told the Poles that they were free to practice their traditions. While addressing the Polish refugees in Nawanagar, Digvijaysinhji said,
Do not consider yourself an orphan. You are now Nawnagaris and I am Bapu, father of all the people of Nawanagar, so also am yours too.”
Digvijaysinhji with the Polish kids in a refugee camp
The refugees returned to Poland after the Second World War ended in 1945. Several sources say that Digvijaysinhji never asked for compensation from any government for taking care of the refugees.

Digvijaysinhji took a keen interest in sports, especially cricket. He was a right-handed batsman and a right-arm bowler. He was a part of the Western India cricket team, which participated in a first-class match against the Marylebone Cricket Club (MCC) in 1933-34. Western India lost the Test match to MCC by 4 wickets. In the match, Digvijaysinhji managed to score six runs. In 1937, he became the 4th President of the Board of Control for Cricket in India (BCCI) and served as its President till 1938.

After the end of the First World War, the League of Nations was established on 10 January 1920 to maintain peace in the world. Digvijaysinhji represented India at the first session of the league in 1920.

During the Korean War, Digvijaysinhji served as a Deputy Leader of the Indian contingent in the United Nations (UN). He was also appointed as the Chairman of the UN Administration Tribunal. After the end of the Korean War, he served in the UN Negotiating Committee on Korean Rehabilitation as its Chairman.