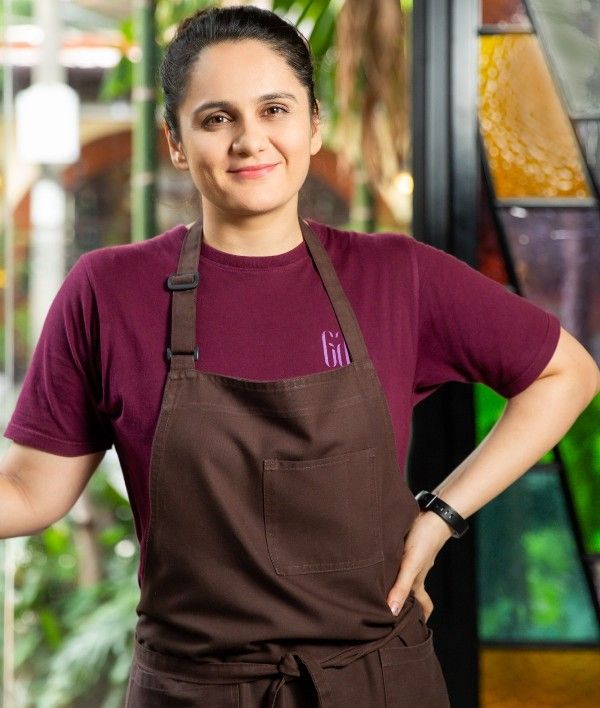 Garima Arora is an Indian chef who became the first Indian woman to win a Michelin star, a benchmark of achievement for every chef, in 2018.

Garima Arora was born on Sunday, 9 November 1986 (age 36 years; as of 2022) in Mumbai. She was brought up in Mumbai, India. She pursued a Bachelor of Mass Media in Journalism at the University of Mumbai and then moved to France to pursue a grand diploma in Cuisine and patisserie at Le Cordon Bleu, a cooking school in Paris.

She belongs to a Punjabi Arora family.

Her father’s name is Anil Arora. During an interview, while talking about the support she received in her life by her family, she said,
My dad has been most influential in my career as a chef. He was the first to teach me how to cook, instilling a love for cooking since I was a child. He also supported my decision to become a chef and helped me understand business. With him, I was able to be strong and face the difficulties over the last two years as I had to think clearly and make decisions that affected not just my life, but the 40 other lives of my team. Yes, my father is the most influential in my life as a person and a chef.”
Chef Garima Arora with her father, Anil Arora
Her mother’s name is Neetu Arora.
Garima Arora with her mother, Neetu Arora
Garima has a brother named Nauroze Arora.
Garima Arora with her father and brother, Nauroze Arora

Garima’s husband is a pilot for Jet Airways in Mumbai.

After graduating from Journalism, Garima worked as a Journalist for 6 months; however, within a span of one year, she decided that she didn’t want to pursue it for the long term. In an interview, while talking about her major career shift, she said,
I have always had in the back of my mind that someday I would like to have a restaurant of my own but after 6 months working as a journalist, I began to realize that I probably should get on with it since, to be quite honest, cooking is a young person’s game.”

In 2010, Garima left the country and moved to France. After completing her diploma at Le Cordon Bleu, she moved to Dubai to intern at legendary chef Gordon Ramsay’s restaurant, where she learnt how to deal with the pressures of the kitchen and teamwork. In 2013, she went to work under the guidance of René Redzepi at Noma, Copenhagen, which is one of the finest restaurants in the world.
He changed the way I am as a person and not just as a cook. Working with him you understand that being a cook is an intellectual pursuit.”
In 2015, she shifted to Bangkok, Thailand, to work with the well-known Indian chef Gaggan Anand at his restaurant ‘Gaggan.’ There, she worked as a sous chef, meaning that she was responsible for making sure all cuisine is of top quality. In 2017, Chef Garima Arora established her own restaurant in Bangkok, Thailand, and named it ‘Gaa.’ The restaurant serves Indian and Thai cuisine, which according to Garima showcases the best of Thai ingredients with an Indian twist to the food.
The restaurant Gaa in Bangkok, Thailand