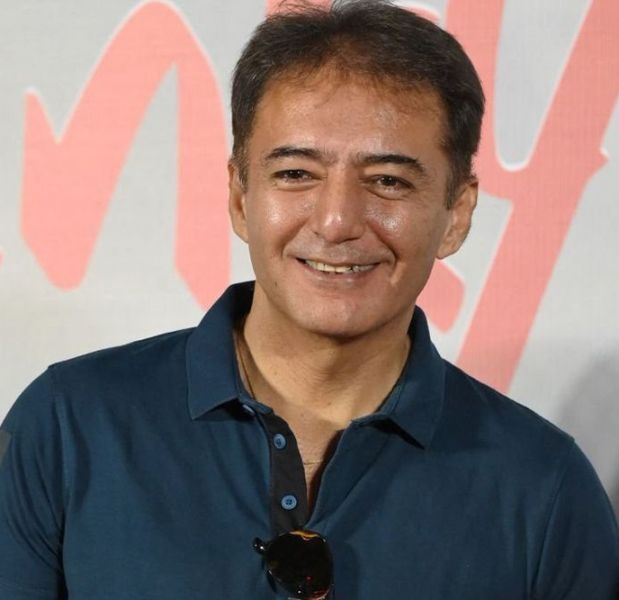 Kamal Sadanah is an Indian actor, producer, and director.

Kamal Sadanah was born on Wednesday, 21 October 1970 in Mumbai, India. He did a course at the New York Film Academy to learn the technical aspects of film-making, and a specialized course in Visual Effects.
A teenage picture of Kamal Sadanah

His father, Brij Sadanah, was a renowned Indian film producer and director, who made popular films like “Do Bhai” (1969), “Yakeen” (1969), “Chori Mera Kaam” (1975), and “Professor Pyarelal” (1981).
Kamal Sadanah’s father Brij Sadanah
His mother, Sayeeda Khan, was an Indian actress.
Kamal Sadanah’s mother Sayeeda Khan
He had a sister, Namrata Sadanah, who was also an actress.

Kamal Sadanah got married to make-up artist Lisa John on 1 January 2000. The couple was blessed with two children, a son Angath and a daughter Leia. In 2021, the couple parted ways after 21 years of their marriage.
Kamal Sadanah with his wife and children

According to some media outlet reports, Kamal Sadanah was in a relationship with Raveena Tandon, Ritu Shivpuri, and Pooja Bhatt.

In 2006, Kamal Sadanah played the role of Mohan Khandelwal in the TV serial “Kasamh Se” which aired on Zee TV.

He made his directorial debut with the film “Karkash” in 2005, starring himself, Suchitra Pillai, and Anup Soni. In 2014, he directed another film “Roar: Tigers of the Sundarbans.”

Kamal Sadanah started handling the production department of his father’s production house by the age of 20. He made his debut as a producer with the film “C.I.D” in 1990, starring Vinod Khanna. In 2007, he produced the film “Victoria No. 203: Diamonds Are Forever” which is a remake of his father’s film with the same title.