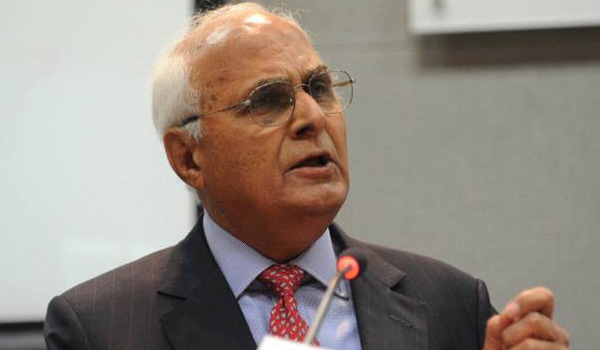 Present : Chairman and Chief Executive Officer of ‘DLF Group’
Scope of work: World class real estate business
Kushal Pal Singh Biography,, India’s richest real state developer Know by the name of Singh, who is currently the President and Chief Executive Officer of ‘DLF India‘. He is known as the biggest development man in the real estate sector of India. His company ‘DLF Limited’ still maintains its strong hold in the field of Indian real estate industry. The credit of developing Gurgaon, modern township in its present form, K.P. Singh’s company goes to ‘DLF Limited’. His real estate business is spread in 25 cities across 20 states across India.

K.P. Singh has also been recognized around the world as a visionary on an out of the ordinary path, who developed land in urban areas of India, developing housing infrastructure, golf clubs and mall culture to world-class standards . Because of his skilled business acumen, he invested huge amount of capital from various countries in India and also provided employment to many people in this field.

K.P. Singh was born on 15 August 1931 in Bulandshahr, Uttar Pradesh, into a reputed Jat zamindar family. After graduating in science from Meerut College (Uttar Pradesh), he went to Britain to study aeronautical engineering. After receiving engineering education in Britain, he was selected by the British Officers Service Selection Board to serve in the Indian Army. As a result, he joined the Indian Military Academy of Dehradun and later received a commission in the Cavalry Regiment of the Indian Army. A few days later, he quit the army job.

DLF Establishment and its business

K.P. Singh quit his army job and joined the real estate business of his father-in-law Chaudhary Raghavendra Singh, who was the founder of ‘DLF’. In 1960, he joined the American Universal Electric Company, a joint venture between the Universal Electric Company, Ovosso (Michigan) and the Singh family. He then established another company called ‘Willard India Limited’ and became its managing director in collaboration with ISB Inc. of Philadelphia to manufacture industrial batteries in India. In 1979, American Universal Electric Company was merged with ‘DLF Universal Limited’ and K.P. Singh became the managing director of the new company.
After becoming the director of ‘DLF’, K.P. Singh started developing land in the rural areas of Gurgaon (Haryana) as per his ambition. He had a big idea to develop a small city around Delhi and he started buying land. He got success in this business. He started seeing a bright future in the real estate industry of Gurgaon, resulting in a tremendous boom in this area. Over time, his dream started to form and concepts started becoming tangible. Gurgaon has been identified as one of India’s leading real estate market and hub of business activities. Which today is often known as ‘Millennium City’. K.P. Singh’s sons Rajiv and Piya are engaged with them in their real-state business.

K.P. Under the leadership of Singh, ‘DLF’ has purchased about 3000 acres of land and developed it for building. It is a business institution that has attracted multinational companies to India, created employment opportunities and created competition in the real estate sector at the international level. He pushed big companies like ‘GE’ and ‘Nestle’ to India. ‘DLF Cyber ​​City’ is the largest developed technology park in India, spread over 125 acres. India’s only ‘Night Golf Club’ and Asia’s best ‘Golf Club’ are the special achievement of DLF. Delhi-based ‘DLF Emporio Mall’ is the largest luxury mall in India.

In the unforgettable development of the current Indian economy, K.P. Singh’s contribution is incredible. He followed the traditional route and followed the new route and encouraged direct foreign capital investment (FDI) to come into India by adopting world-class real estate norms. Along with this, he adopted a new path like outsourcing in the real estate business sector and made India globally famous in this business.
84-year-old K.P. Singh is estimated to have assets of about US $ 4 billion nowadays. Currently, DLF has a land bank of about 10,000 acres, through which they are running many projects in different cities of the country. The current market value of this company has been estimated at around Rs 1,25,000 crore.

K.P. Singh has received many prestigious awards and honors at the national and international-level. On 26 January 2010, the then Government of India honored him with his most prestigious civilian honor ‘Padma Bhushan’ for his outstanding contribution to real estate. These GB Pant Agricultural University awarded an honorary doctorate. In the year 2008, ‘Fortune magazine’ declared him the wealthiest and 8th richest person in the world with a view to earning assets from his business. He has been awarded the ‘Delhi-Ratna’ award by the Delhi government for his valuable contribution to the structural development of Delhi. In the year 2000, the Income Tax Department of the Government of India was awarded the ‘Letter of Honor’ for giving the highest tax of Delhi area.
He has also been a consultant to many government and non-government committees and boards, such as he has also served as chairman of the Chambers of Commerce and Industries and PhD Chambers of Commerce. He has also been a member of the Central Advisory Committee of the Reserve Bank of India. Currently, he is the director of about 31 commercial companies in various sectors. His company ‘DLF’ is one of the sponsors of prestigious cricket competition like IPL.
Оформить и получить займ на карту мгновенно круглосуточно в Москве на любые нужды в день обращения. Взять мгновенный кредит онлайн на карту в банке без отказа через интернет круглосуточно.