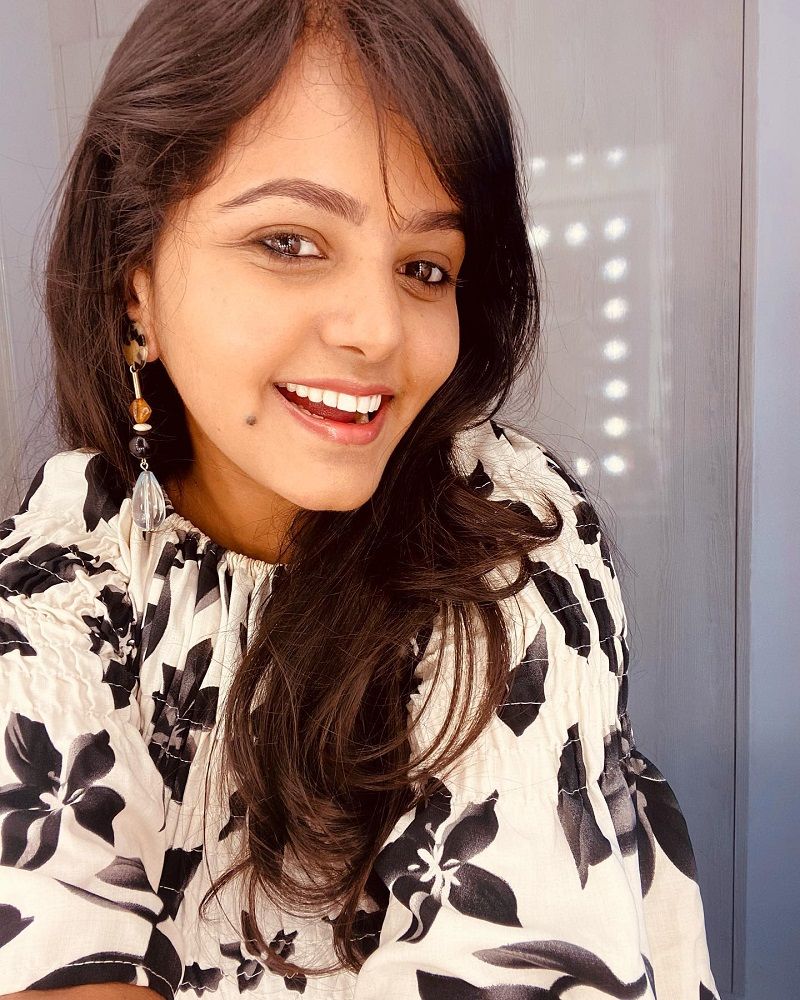 Mayuri Kyatari is an Indian actress and model who predominantly works in Kannada films. She gained popularity for playing the role of Ashwini in the television show Ashwini Nakshatra (2015) on Colors Kannada.

Mayuri got married to Arun Raju on 12 June 2020. They have a son, Aarav.
Mayuri Kyatari with her son and husband

She made her debut with the show Ashwini Nakshatra in 2015 as Ashwini.
Mayuri Kyatari in the television show ‘Ashwini Nakshatra’
She worked as a freelance anchor on various news channels before she started her career as an actor. In an interview, she talked about her experience as an anchor and said,
Those experiences helped me bag a programme in which my work was appreciated. However, I went back to finish my graduation in commerce. Soon after, before applying for a course in mass communication, the audition of Ashwini Nakshatra happened and it was launched during Kichcha Sudeep’s first season hosting of Bigg Boss. It has been a turning point in my career.”