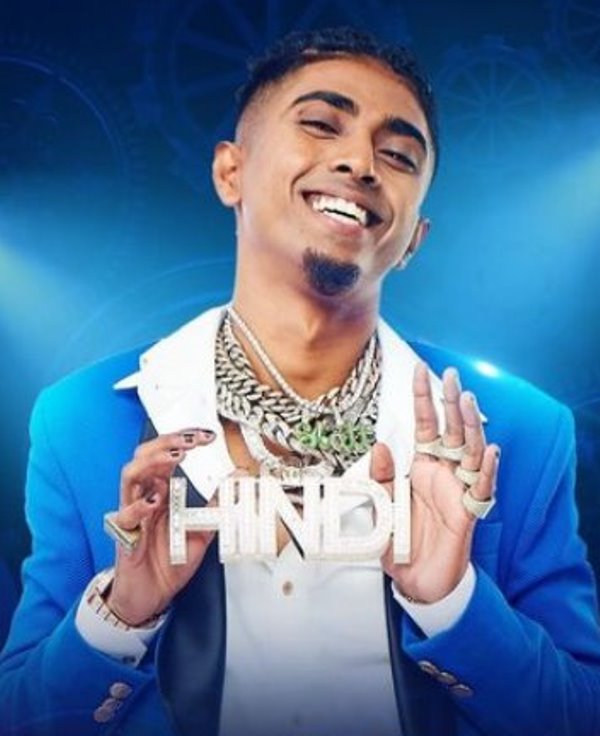 MC Stan is an Indian rapper, lyricist, music producer, and composer. He became popular after the release of his song ‘Khuja Mat’ in 2019. He participated in season 16 of Colors TV’s reality show Bigg Boss.

MC Stan was born as Altaf Shaikh (also known as Altaf Tadavi) on Monday, 30 August 1999 (age 23 years; as of 2022) in Pune, Maharashtra. His zodiac sign is Virgo. He grew up in the neighbourhood of Tadiwala Road in Pune. When he was 12 years old, he began performing Qawwali. His brother introduced him to rapping, when he was in 6th standard. While growing up, MC Stan listened to multiple American music artists, including 50 Cent, Eminem, Young Thug, Lil Wayne, and more. Before getting into rapping, he learned B-boying and beatboxing.

MC Stan has got many tattoos inked on his body.

MC stan belongs to a Muslim Family in Pune, Maharashtra.

His father is a policeman in the Maharashtra police department. He has an elder brother.

In November 2021, he started dating Auzma Shaikh, a rapper, but broke up in 2022.
MC Stan’s ex-girlfriend Auzma Shaikh
After they broke up, MC Stan shared her residential address on his social media, after which some of his fans showed up outside her house and some of them even threatened to rape her. To take revenge, she posted MC Stan’s residential address on her social media. Reportedly, after she posted his address, MC Stan sent his manager Vardhaman Mehta, with two other men, to attack her. In an interview, while talking about the incident, she said,
I too posted MC Stan’s and his manager Vardhaman Mehta’s home addresses on my Instagram account with a video. In revenge, he called Santacruz police station and filed a non-cognisable complaint against me for posting his address. On February 21, I went to the police station with two of my friends after we were called. Mehta was there with his friends. When we were returning home, Mehta and his friends Aakash and Sunny followed us on bikes. They stopped the auto, verbally abused us, kicked and thrashed us and also snatched my iPhone and smashed it.”
Azuma Shaikh showing blood dripping from her face
She was hurt on her nose and face. Somehow, she managed to reach the police station to file a complaint against MC Stan, but they refused to do so. Santacruz police registered the FIR against Mehta, Aakash, and Sunny on 3 March 2022; however, no one was arrested. In an interview regarding the 2022 TV show Bigg Boss, when he was asked if he would be looking for romance in the show, he replied that he had a girlfriend outside the Bigg Boss house.

He follows the Islam religion.