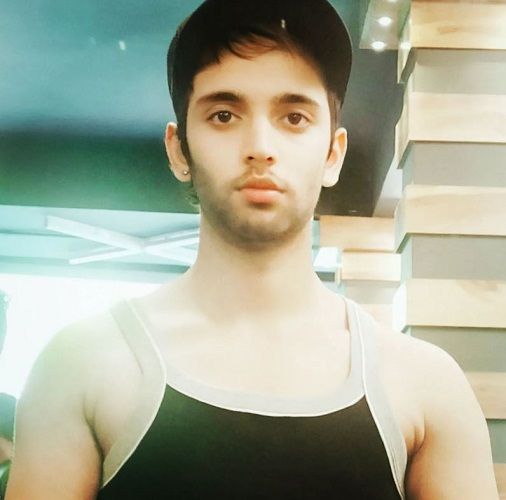 Rankaj Verma is an Indian travel agent from Himachal Pradesh, who is accused of the Chandigarh University MMS video scandal (2022).

Rankaj Verma was born in 1991 (age 31 years; as of 2022) in Village Sandhu, Theog, Shimla, Himachal Pradesh. He works at a travel agency in Shimla.

On 17 September 2022, at the girls’ hostel of Chandigarh University, a female student accused another girl of making her video while she was bathing. While taking bath, the female student found that the other girl (an MBA first-year student at the university) has placed a mobile phone in her bathroom. She was shocked to see it and immediately asked the accused girl about the phone. She then called other girls from the hostel, and they started asking the accused girl about the whole matter. Later, a video of the girls from the hostel went viral on social media in which the accused girl was being questioned by her co-hostelers. Initially, the accused girl said that she made her own video for her boyfriend.

The girls then called their warden Rajwinder Kaur, and when the warden strictly asked the accused girl about the same, she accepted that she made the videos of the girls. A video of the same went viral on social media in which the accused girl was seen confessing that she made the video and sent it to her boyfriend Sunny Mehta from Shimla.
Sunny Mehta
She then opened her WhatsApp chat and said that a boy named Rankaj Verma was asking for videos of the girls.
A screenshot from the video where the accused girl was showing her chat with Rankaj Verma
The accused girl said that the boys were blackmailing her to make the videos. Later, she accepted that she used to make bathing videos of the girls for the past few months. Around 60 girls were living in the same hostel where the accused girl was staying, so it was assumed that she had made videos of around 60 girls. The warden then took the matter to the university management team, and the management then filed a complaint against the girl in Mohali Police Station under Section 354-C of the IPC and IT Act. As soon as the matter heated up in the university, the accused girl was locked in the room to save her from other students. Later, one of the students of the university said,
The hostel where the incident took place was a boy’s hostel till the last session. This year, it was converted into a girls’ hostel when the admission of girls increased. Partitions were not made in its bathroom because of Boys Hostel. The new student came here only a month ago and still, the bathing area in the hostel bathroom was common. Due to this, they could not get to know about the video being made by the accused girl. The girls claim that many of the videos were also shot through cracks in bathroom doors. There is no CCTV etc. in this hostel, so it is almost impossible to verify all these claims.”
In the initial investigation, Mohali Police said that the girl did not make MMS and was sending a video to her boyfriend. Some of the female hostlers said that initially, wardens asked them to close the matter. Later, one of the female victims got a threatening call from Canada on her WhatsApp no. The girl was abused and threatened during the call. Soon, after this, the protest intensified, and the no. of protestors increased to 5000. Some media houses even claimed that a few female students committed suicide in the University’s hostel. However, in the press conference, the police officials denied such claims and said that the girls had some medical condition due to which they were taken into an ambulance. Meanwhile, the Himachal Police started searching for the accused boys Sunny Mehta and Rankaj Verma in Shimla. Soon, Sunny was caught from Dhali, Shimla, and Rankaj was arrested from Rohru, Shimla. After arresting them, the boys were handed over to the Punjab Police for further investigation. On the arrest, the DGP of Himachal Pradesh said,
Punjab Police reached PS Rohru in Shimla. The accused Sunny Mehta has been handed over to them. Zero tolerance to crime against women. If any collateral evidence comes our way, we will take action as per law.”
While talking about the matter, the Chief Minister of Himachal Pradesh Jairam Thakur said,
I have ordered police officials to work with the Punjab Police. The child who made the videos viral, based on the information we have, is from Himachal. There will be legal action against him.”
According to the Mohali Police, in the interrogation Rankaj said that his photo was misused, and the WhatsApp account that the girl was showing in the video was fake. When Sunny Mehta was interrogated, he said that he did not make any video viral. Later, the three accused were presented in the Kharar Court, Mohali, Punjab, and the court send them on 7-day police remand. A Special Investigation Team of 3 women were formed to investigate the matter. Initially, two videos were found on the accused girl’s mobile; the first was of her own and the second was of another girl whose face was not visible. The university officials then suspended 2 wardens, and other wardens were changed overnight. The university announced holidays in university from 19 September 2022 to 24 September 2022. Earlier, the pro-chancellor of the university Dr RS Bawa said,
The rumour that 60 problematic MMS had been identified of students is entirely incorrect. There is only one video of the accused herself, as far as our inquiry has shown. She hasn’t filmed anyone else on tape before.”